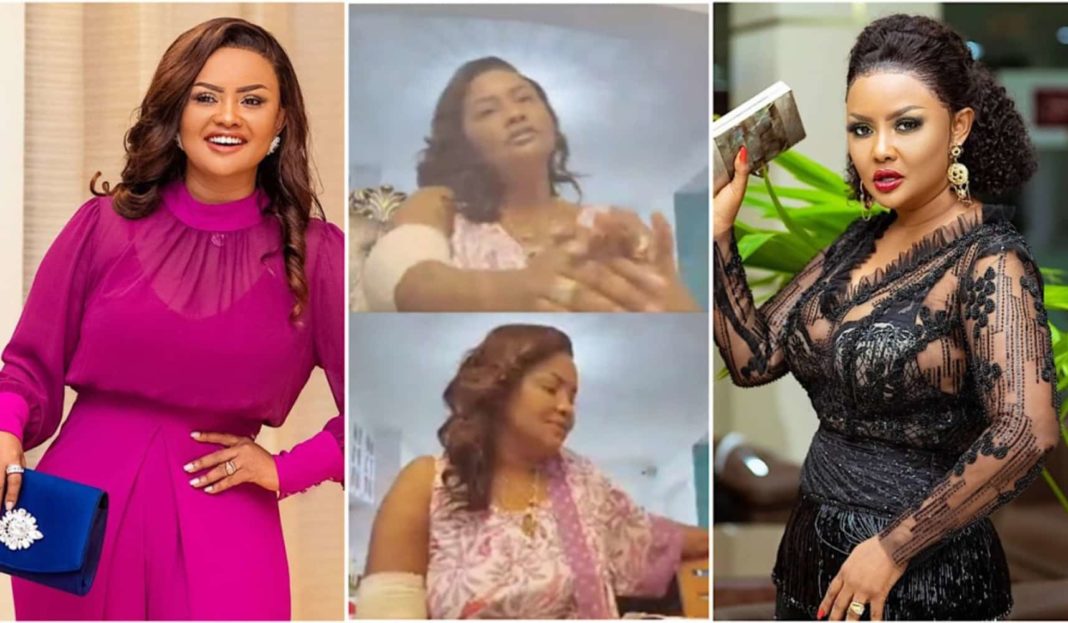 Lovable Ghanaian actress, Nana Ama McBrown, who recently underwent arm surgery and has fully recovered has shared am emotional testimony to testify to the greatness of the Lord.

In a fresh video that has been sighted by GHpage, the actress and TV show host was in high spirits as she met with gospel singer Obaapa Christy at an event.

The two public figures who are staunch Christians decided to exalt the name of the Lord and in the process.

Nana Ama Mcbrown revealed how she was finding it very difficult to even raise the hands some few months back but now she can do so with ease.

She gladfully thanked God for seeing her through her surgery and now making her 100% fit.

Nana Ama Mcbrown was involved in a near-fatal accident eight years ago on the N1 Highway with her husband, Maxwell Mensah, who was then her boyfriend.

She suffered a severe injury on her left arm that got her bone fractured. Nana Ama has since undergone three separate arm surgeries in order to make her hands function properly.