Medikal shows levels, sends Davido $1,000.00 as his own contribution for his fundraising   » ™ 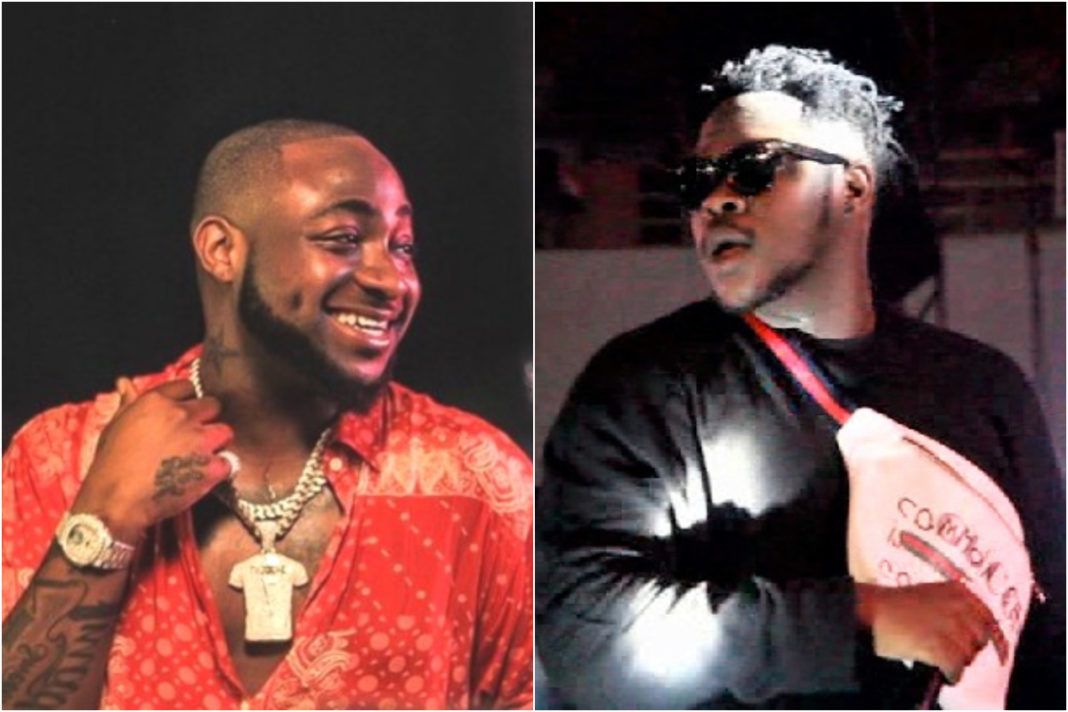 Medikal has become the first artiste from Ghana to send Nigerian Afrobeat powerhouse and music executive Davido money as his own contribution for his undertaking.

Davido confirmed this while updating the tall list of celebs from Nigeria who have overwhelmed his bank account with money ahead of his birthday which falls on November 21.

The singer earlier today November 17 announced on social media that anyone who has listened to his hit song should send him money, after which he posted his account details online.

This sparked a frenzy as several Nigerian celebs inundated his bank account with millions of naira.

Davido had claimed he would use the money to clear his new Rolls Royce from the port. ”If u know I’ve given you a hit song .. send me money …. una know una selves oo”, Davido tweeted.

Later Davido was seen in a video asking his Ghanaian counterparts to also join the bandwagon.

He asked Ghanaian musicians Shatta Wale, Medikal, Stonebwoy and Darko Vibes to equally hit his account with their contributions.

Davido confirmed this by writing ;

Medikal later reacted to Davido’s post by his gift conditional since he expect a car in return on his own birthday. 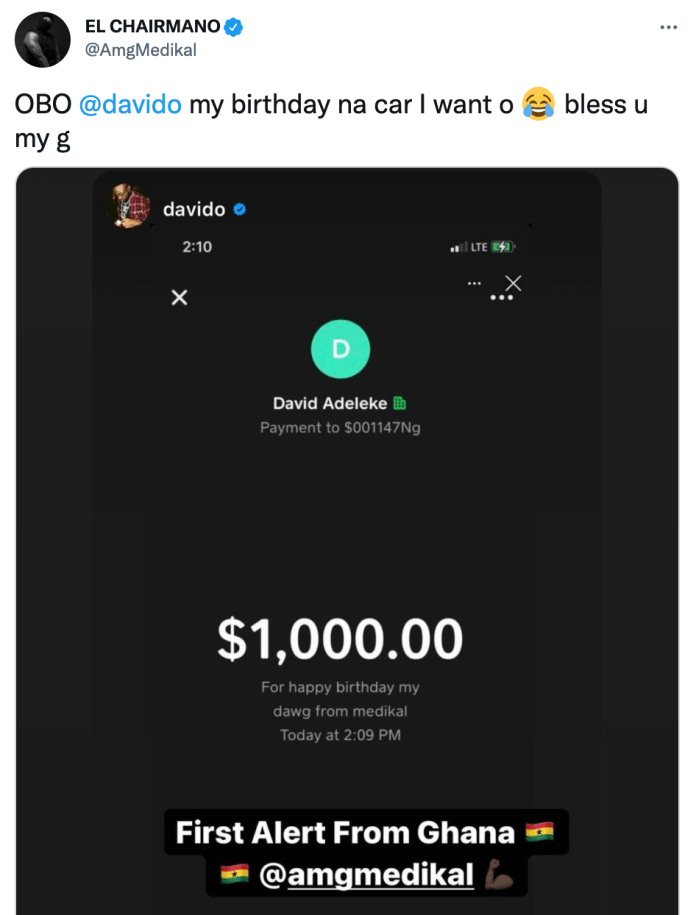