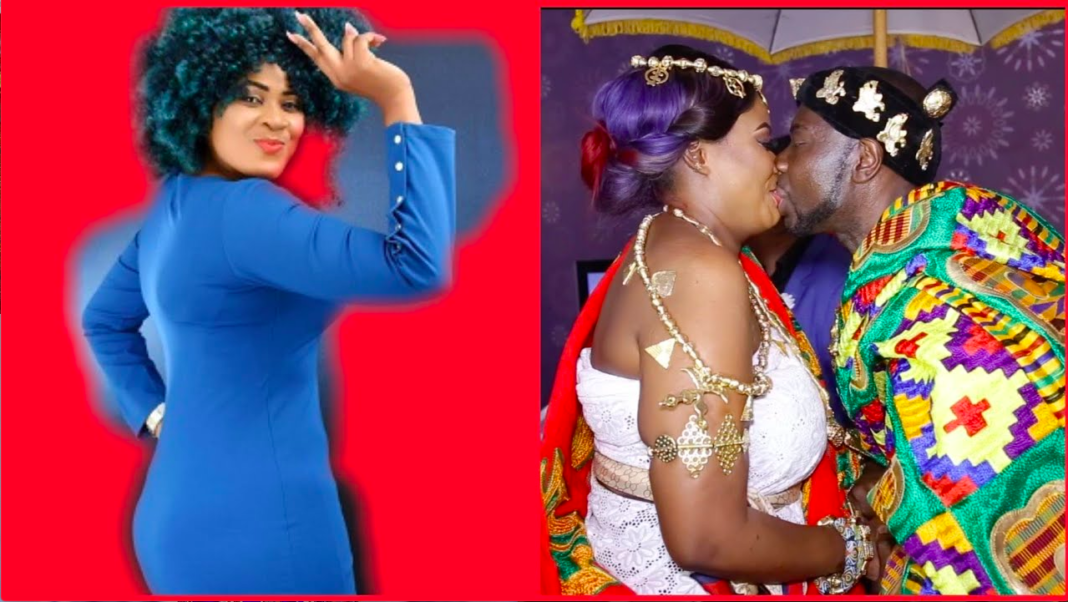 It’s reported that Ghanaian actress, Nayas’ marriage is on the verge of collapse as her German-based husband, Nana Sarfo has kicked her out of their home in Germany.

Reports say Nayas got disappointed after she landed in Germany to be with her husband. Apparently, Nayas was expecting her husband to be living in a mansion but to her disappointment, that wasn’t the case.

But on what pushed her to say ‘YES I Do” to her German borga, Nayas noted that she opted for this particular man because she always had the perception that old men usually treat women better than the younger ones.

“I was connected to my husband and we linked up. I figured that because he was an older man, he will take care of me as he ought to. I like older men because I have this perception that they are capable of taking care of women better than the young ones but none of that happened. He never took care of me. Not even a single dress, nothing!” she stated.

Meanwhile, Nayas has alleged that the husband maltreated her. According to her, it is one of the reasons the marriage has hit the rocks.