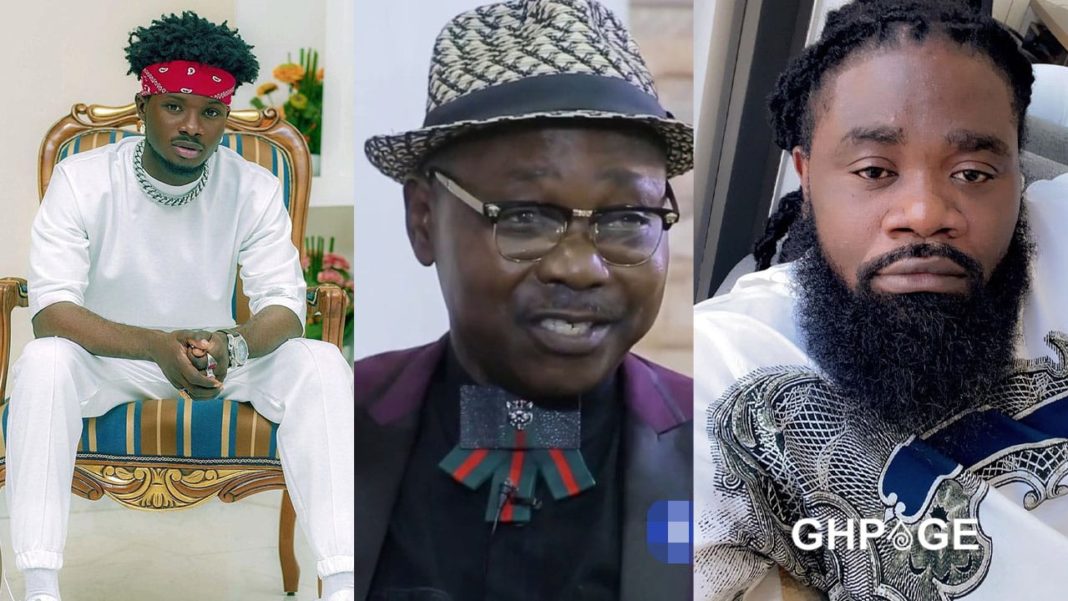 This follows the collaboration of the two artiste on a new song titled ‘Abodie’, which has been making waves in the country after its release last month

Nana Abaogye Da-Costa in an interview on Adom FM disclosed that the two Hiplife musicians sampled his popular ‘Feeling Bam’ for their ‘Abodie’ track without his permission.

This he deems as a criminal act and will waste no time taking legal action against them in the subsequent days.

Mr Da-Costa intimated that many people often get away with copyright infringement in the country but he will go the extra mile to find justice in this matter.

He bemoaned how the two artists failed to recognize him by approaching before sampling his tune and that he would take them to court for not treating him with respect.

He further stated that everything taken from him should be done with respect and that if this is not done, he will pursue retribution at any cost.