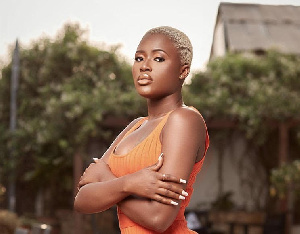 Fella Makafui is an actress and entrepreneur

I sacrifice my sleep to make money, says Fella Makafui

The actress who failed to disclose their identity has vowed to expose them on social media if they fail to refund her cash with immediate effect.

In a series of posts on Snapchat, Fella angrily accused these two women of taking advantage of her celebrity status to cheat her.

“I will be posting some two ladies who stole my money. If you know them, tell them to get me my money. Don’t get it twisted. Get me my money before I go dirty una. Thieves!”

Without stating the exact amount, Fella said she is not ready to give up on the issue adding that she sacrificed lots of sleep, sweat and blood to make her money.

“I don’t joke with my money. Money is my second husband. I work hard like I no get head. I sleep few hours every day. Everyone close to me will tell you. Nobody can ever come between me and money. Don’t ever think because of my celebrity status, you will take my money and I will let it go. It is a different case if I dash you. I am a business woman. If you see me in the business field, I’m not Fella, I’m precious,” she added

Read the posts below 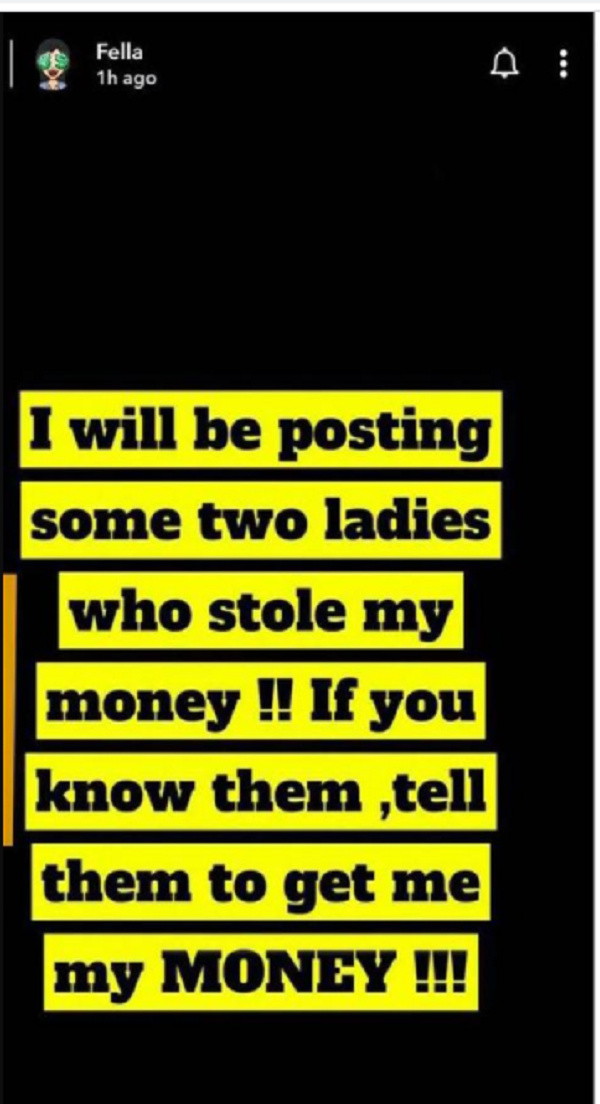 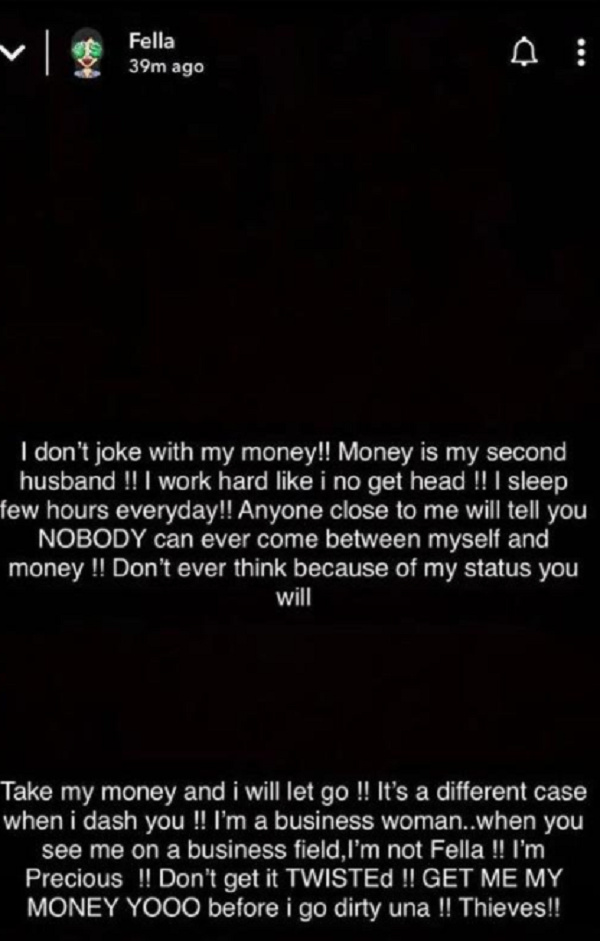