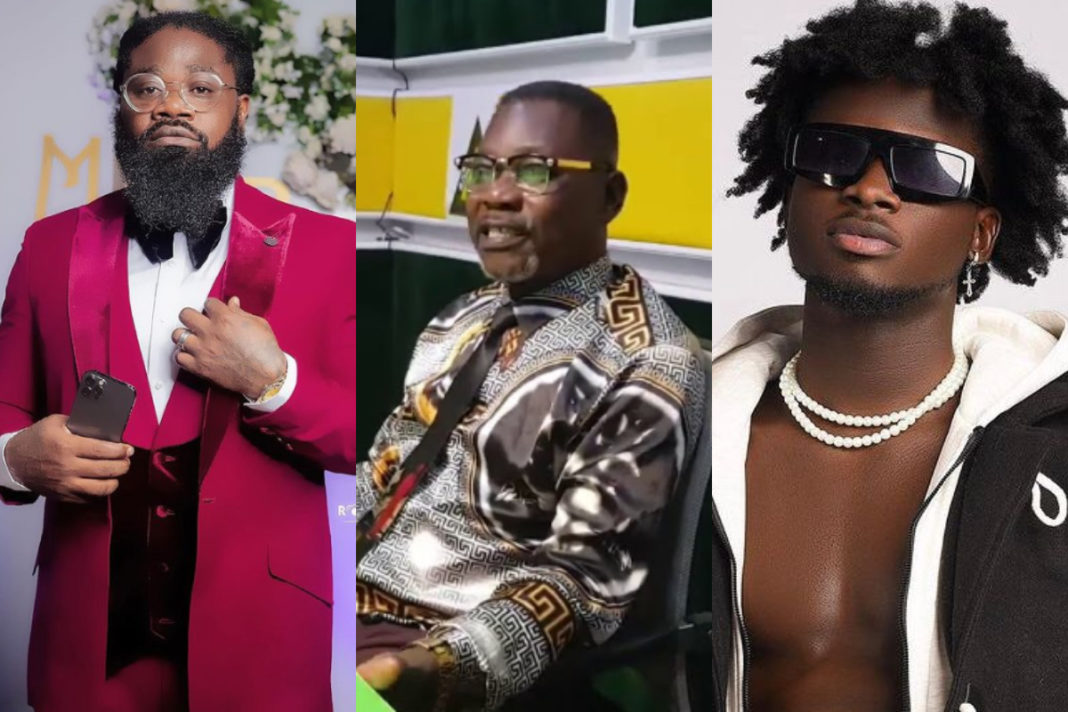 Veteran Highlife musician, Nana Aboagye Dacosta has threatened to file a lawsuit against the Lynx Entertainment signee, Kuami Eugene, and Captain Planet over their ‘Abodie’ collaboration.

According to the veteran Highlife maestro, the two musicians sampled his ‘Feeling Bam’ for their ‘Abodie’ joint without seeking his permission and for that, he will definitely seek legal actions against them.

Speaking in an interview on Adom FM, Nana Aboagye Dacosta revealed that he noticed the two have sampled his song the very moment he heard the song ‘ Abodie’.

He claims that the two musicians failed to acknowledge him by approaching before sampling his song and for not showing him the necessary respect, he will definitely see them in court.

He also said that anything taken from him should be done out of respect but failure to do so will only trigger him to seek vengeance at any cost.

John Dumelo’s narration comes shortly after a blogger by the name of Albert suffered embarrassment from Nana Aba Anamoah, Bridget Otoo, and Serwaa Amihere for ill comments about them and other Twitter influencers after he made an appearance on GhOne TV’s Next TV Star.

John who earlier chastised the young man over his inability to apologize to his victims when he was being confronted has also revealed how a troll apologized to him when he bumped into him in Sunyani.