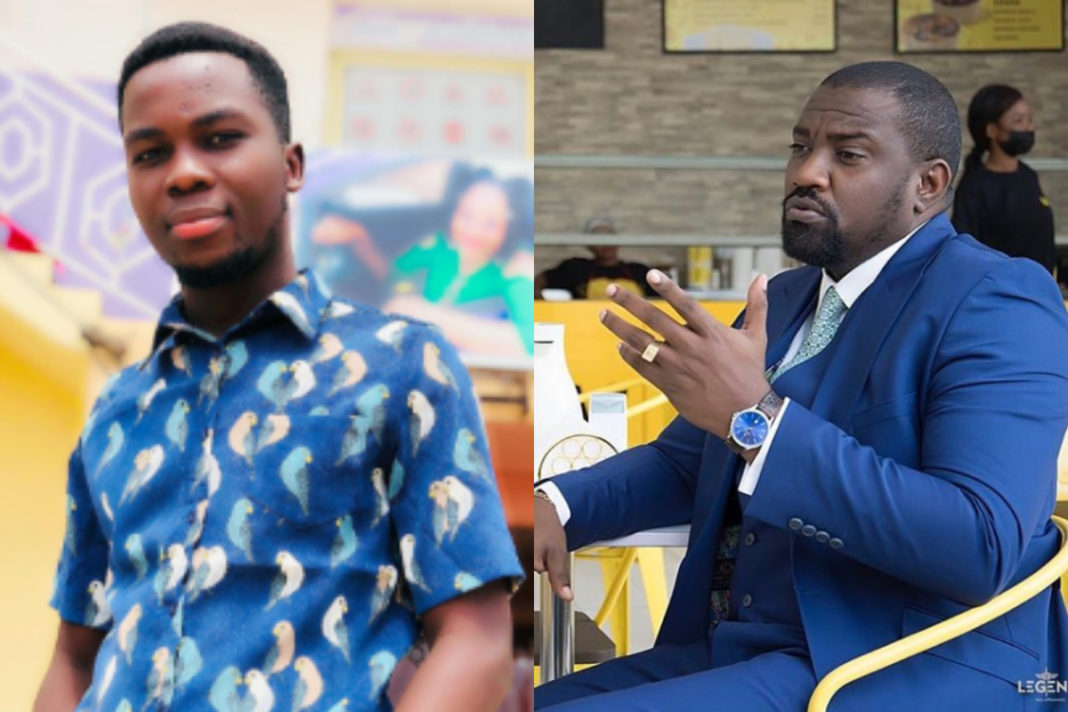 Ghanaian politician, John Dumelo has added his voice to the ongoing brouhaha about a blogger by the name of on social media who was embarrassed by Nana Aba Anamoah, Bridget Otoo, and Serwaa Amihere over his inconsiderate comments on social media.

A video trended on social media that captured the moment the blogger was caught up in his own net after he confronted on the Next TV Star reality show spearheaded by Nana Aba Anamoah over some of his insensitive tweets about them.

Before his reality show audition, the blogger was asked about some of the statements he has made on social media regarding celebrities, including tweets from Lydia Forson, Serwaa Amihere, Bridget Otoo, and other well-known Twitter influencers.

During scrutiny, the blogger was given a taste of his own medicine when they pointed out some of his rude tweets. Albert defended himself by claiming that Twitter is a distinct world and that what happens there cannot be compared to real-life situations.

While requested to repeat some of his remarks in front of his victims, Albert replied he didn’t see the need in doing so because he already said it in his countless tweets.

In reaction to the unfortunate incident, the blogger was subjected to, John Dumelo says that the young man cannot be seeking opportunities from the same people he bullied on social media. He stated that the young man could have easily apologized for his actions but instead, he questioned his victims in return.

He wrote; Boss, u can’t insult on social media and expect the same people u insult to give you an opportunity to boost your career. At least apologize ehQuote Tweet