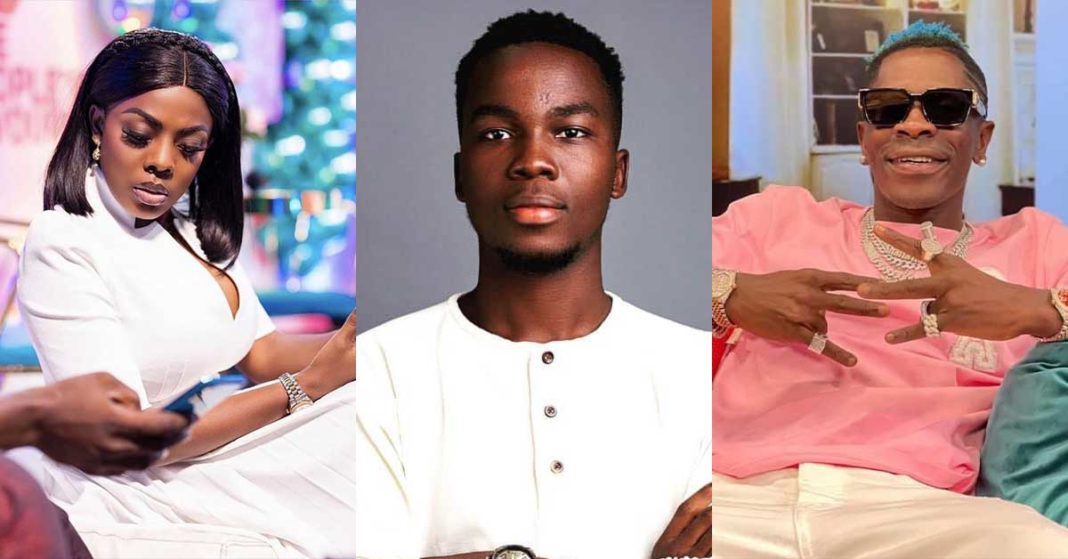 Ghanaian dancehall giant, Shatta Wale has called for the arrest of Blogger who was reprimanded by Nana Aba Anamoah and friends as he appeared on the audition of Next Tv Star.

became the trending topic on social media after a video of the moment he was scolded by Nana Aba Anamoah, Bridget Otoo and Serwaa Amihere surfaced on Twitter.

In the video which is still going viral on social media, Albert appeared before the panel consisting of the three ladies but unknowingly to him, old tweets on his Twitter page taking a swipe at them and actress Lydia Forson was retrieved and used against him while he stood amazed.

Nana Aba asked him to be bold enough and repeat the exact comment he made about her and the others on Twitter.

The reluctant blogger quizzed why he should do that and his refusal to apologise angered the ladies to descend on him and give him a piece of their mind and later ask him to walk out.

A lot of peeps are bashing him for what they describe as uncouth for and joining the tall list is Shatta Wale who has called for Albert to be sent to Ankaful Maximum Security Prisons to probably experience what he went through during his 10 days arrest.

Reacting to the development on social media, Shatta Wale posted a video of the encounter with the comment: “MR why should I … if I talk say school no go far, u ppl go talk nonsense ..Twitter educated ppl see ur fam oo… I swear this boy for go jail …ankaful.”

MR why should I 😂😂😂😂 if I talk say school no go far ,u ppl go talk nonesense ..Twitter educated ppl see ur fam oo😂😂😂😂
I swear this boy for go jail 😂😂😂😂ankaful 😂😂 pic.twitter.com/ZyapLgkzdC