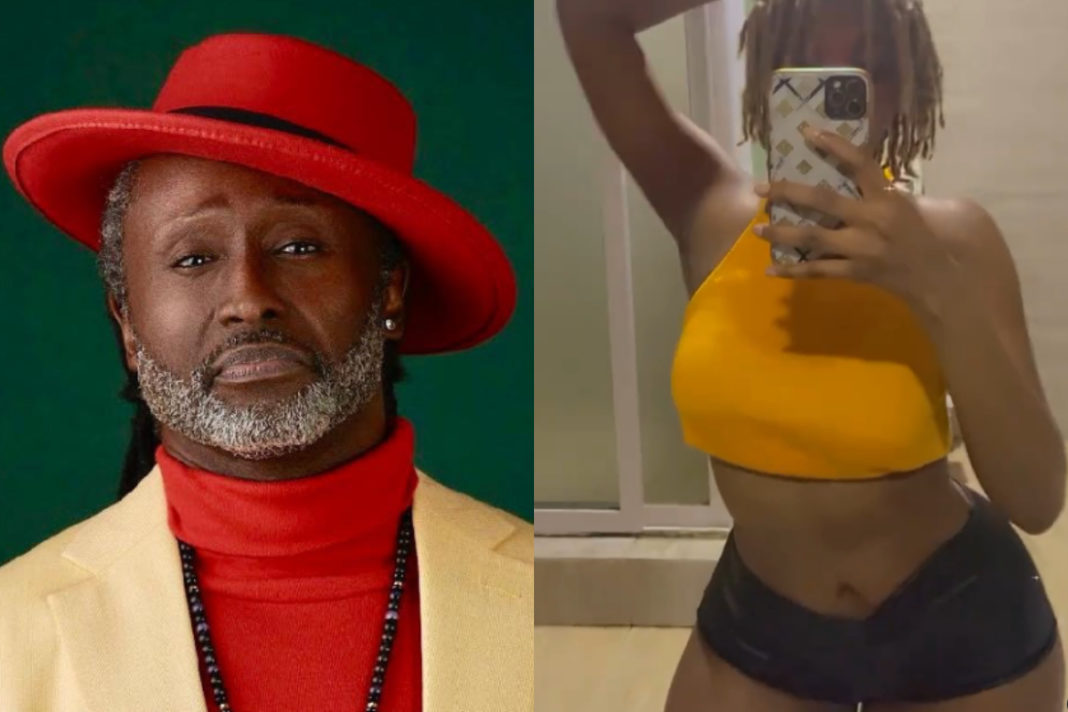 Highlife Grandpapa, Reggie Rockstone has lost his cool and called out a netizen over an ill comment he passed on a post made by the Rufftown Records singer, Wendy Shay.

READ ALSO: ‘Ghanaian Musicians Are Just Doing “Copy And Paste”, Reasons Why They Are Not Getting Bigger’-UK-Based Producer, Jae5

Recall, Wendy Shay sparked reactions on social media after she posted a seductive video on her social media page. The video captured the singer  in a skimpy shorty with a cropped top flaunting her heavy curves to tease her male fans,

A fan upon coming across the seductive content published by the singer issued some threats against her, telling her that he will rape her since it has been her aim to arouse their sexual fantasies with her curvaceous body.

Wendy Shay in response to that called on the Ghana Police Service for the immediate arrest of the fan, claiming that she is being subjected to cyber threat, thus the fan needs to be apprehended immediately because her life is in danger.

In reaction to that, Reggie Rockstone angrily called out the netizen for issuing threats against the singer. According to him, such unpleasant comments should not be allowed to slide.

He wrote; THIS IS THE KINDA SHIT WE SHOULD NOT LET SLIDE YALL!! NOT COOL!! I DARE ANYONE TO COME WRITE SUM BABOON SHIT ABOUT “but she is half naked” FUNK U!!!