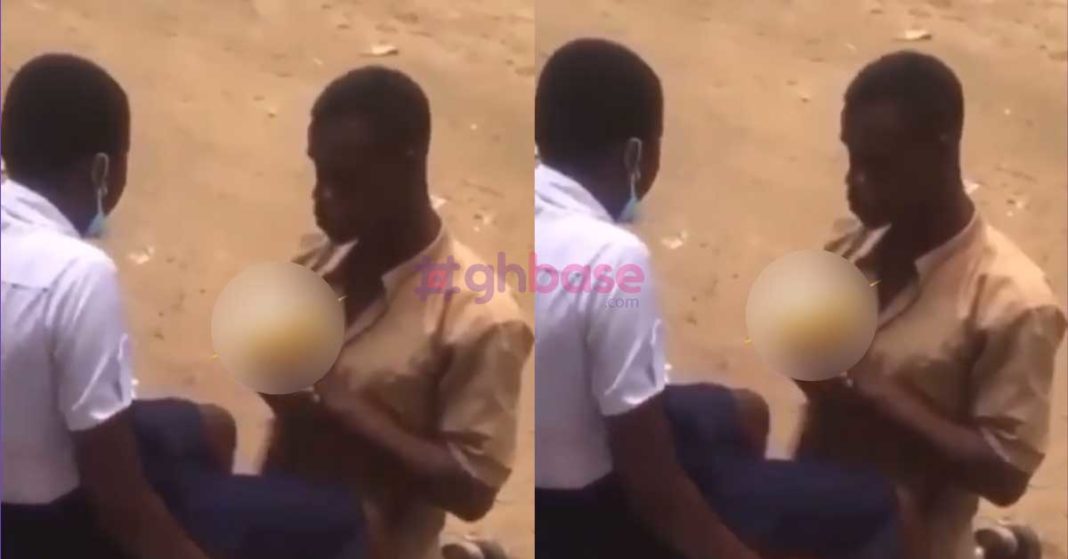 A man has been sighted in a viral video on social media begging for forgiveness from his young girlfriend in an open space.

The man who from all indications has defaulted is seen with his knees on the ground begging his heart out so he can be given another chance in the relationship.

While he seriously begs for a second chance, the unperturbed lady is seen shouting at him to probably stop embarrassing himself in public.