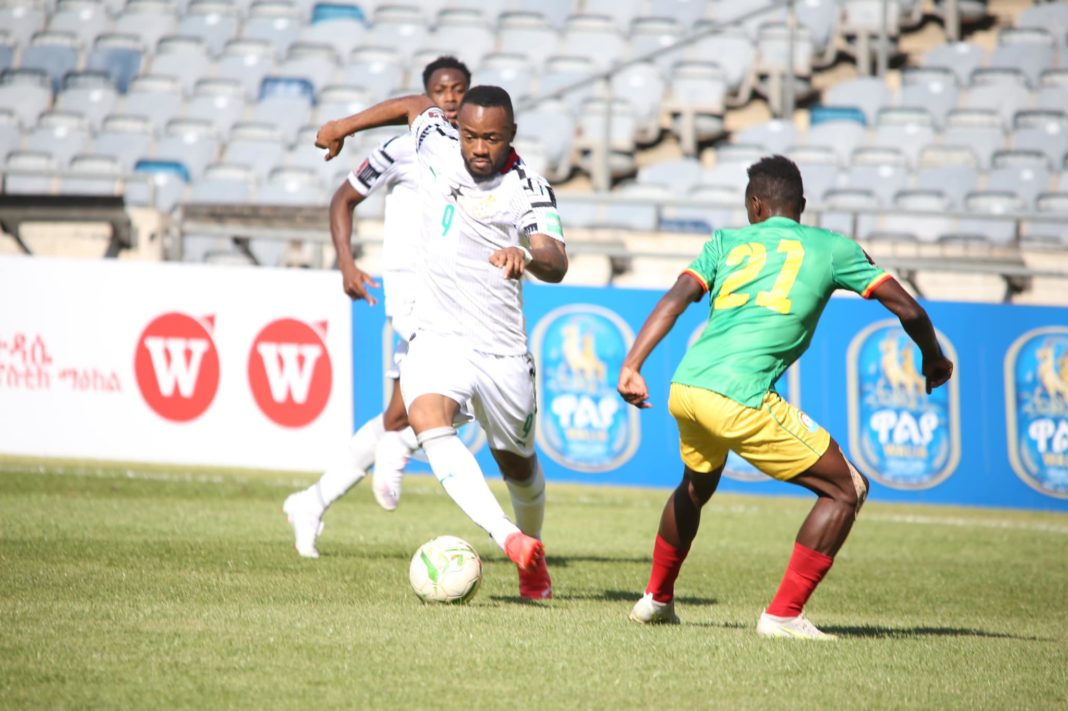 A former Hearts of Oak National Chapter Secretary, Nana Yaw Asabre, has called for the exclusion of Jordan Ayew from the Black Stars.

Jordan, 29, has come under pressure for the past months at club and country levels for his failure to find the back of the net.

The former Swansea City forward last scored for the Black Stars during the 2021 Africa Cup of Nations [Afcon] qualifiers against Sao Tome at the Accra Sports Stadium.

After failing to impress against Ethiopia in the matchday five games of the 2022 Fifa World Cup qualifiers, Mr Asabre believes it is about time the striker is left out of the team for failing to take up his chances.

“I think we have come to a point where we have to admit that Jordan Ayew must be dropped from the Black Stars,” he said on Asempa FM on the Ultimate Sports Show.

“He is just like any other player in the team. We have given him several chances and time but he has failed to utilise them.

“We have brought in Benjamin Tetteh and Richmond Boakye-Yiadom but still Jordan Ayew is still failing to impress.

“We need to do the right thing if we want the best for the Black Stars,” he added.

Jordan Ayew, however, has the opportunity to redeem his reputation in the final Group G game against South Africa at the Cape Coast Stadium on Sunday.