Celebrity status is not a title but an honour – Da’Hammer 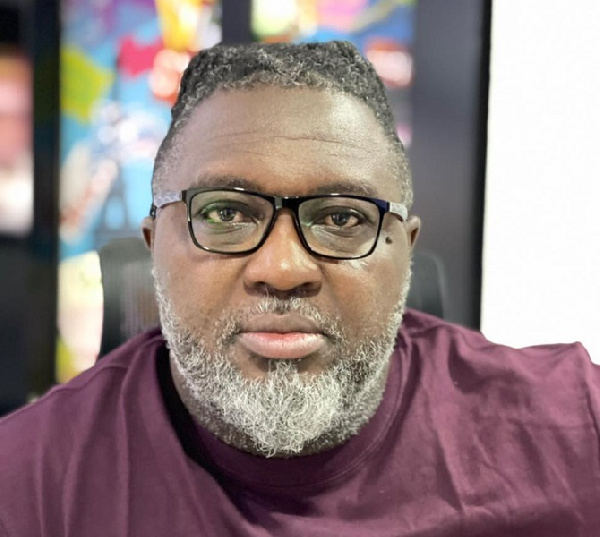 • Hammer has questioned why celebrities will invoke their status about

• He stated that the tag celebrity is just an honour

Revered music producer, Hammer of The Last Two, has questioned why celebrities will go into a meeting with the top hierarchy of the Ghana Police Service and invoke their celebrity status.

According to him, being a celebrity is just a complimentary honour attached to the art of the players within the creative industry and not a title.

COP Kofi Boakye, the Director-General in charge of Legal and Prosecution for the Ghana Police Service, had questioned why and for what purpose some celebrities will make known to the police hierarchy that, per their status, they should enjoy some privileges.

According to him, the sense of entitlement some of these ‘so-called’ celebrities put up is becoming overwhelming and he, as a Police Officer cannot comprehend it.

“I want to say that the sense of entitlement of celebrities is becoming overwhelming and I just don’t get it. Some of the things that you do are disgusting, truth be told. If we cannot arrest pickpockets, we cannot arrest armed robbers. No one is above the law. When you fault it and the law has to deal with you, we will, so that it will deter others.

“If you want privileges, what privileges do you want? That you can pull a weapon anytime and nothing would be done to you? No, that is not possible, we cannot do that,” COP Kofi Boakye said.

He further raised concerns about the celebrity tag and who deserves it.

But Da’ Hammer, known in real life as Edward Nana Poku Osei, in a post on his verified Facebook timeline charged those within the creative arts industry to stop calling themselves celebrities, stars and legends because per their craft, they are just artistes.

Hammer’s post read, “Why did they even go there invoking their celebrity in the first place? The Celebrity thing is just a complimentary honour attached to your art and the impact u make. It’s not a title.

“We’re artists, that’s our thing… and we need to stop calling ourselves celebrities and stars and legends etc. Those are all complimentary add ons bestowed on our impact on society as artists.”

“Stop calling yourselves that. Let others call u. Besides it’s not even absolute, it’s relative. Not everyone in the showcase qualifies to be called that in the first place,” his post concluded. 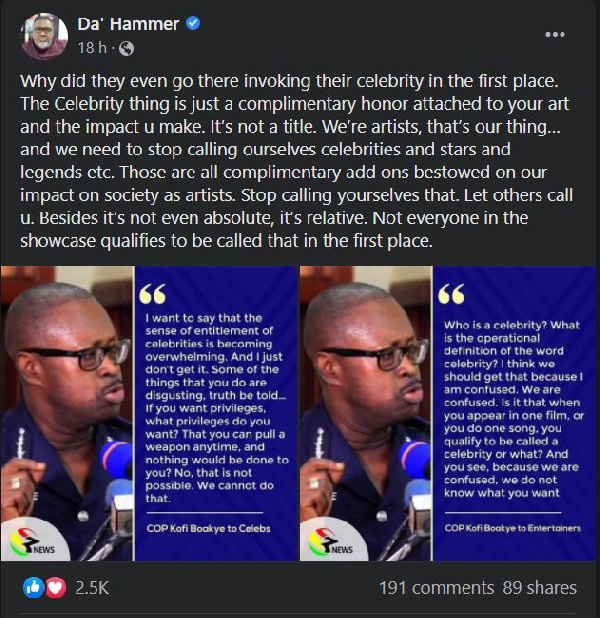