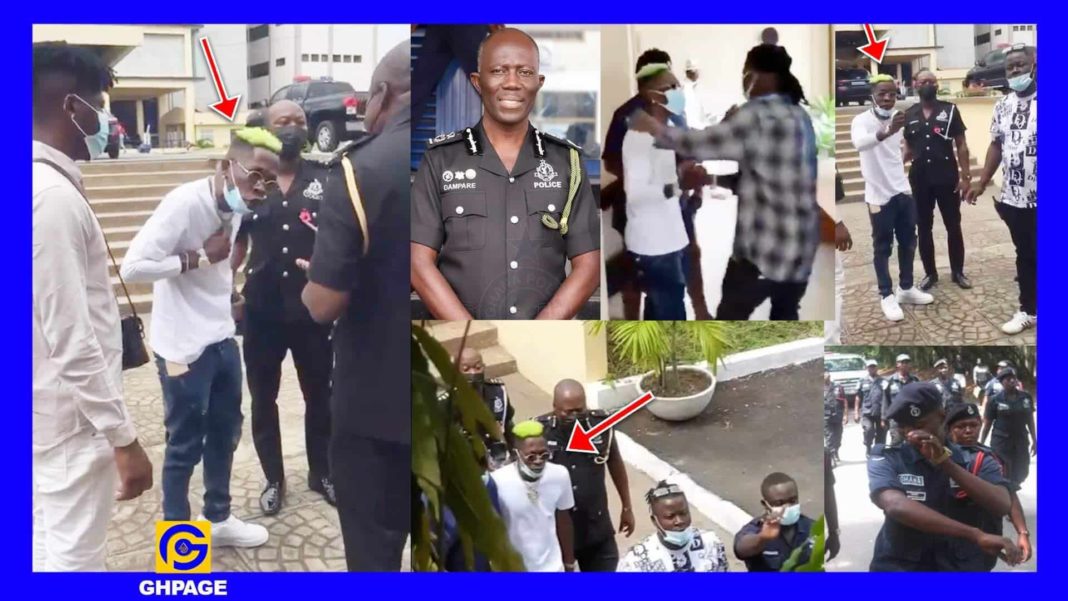 Self-styled African dancehall king, Shatta Wale was in the news yesterday after having landed himself into a fresh trouble with the IGP.

During the IGP’s meeting with celebrities, Shatta Wale angrily walked out of the auditorium after a police officer prevented him from taking pictures and videos of the closed-door meeting.

According to reports, an announcement had been made that no one should take neither pictures nor videos from the meeting but Shatta Wale wasn’t around when the message was passed on.

After the misunderstanding, he was later ushered into the auditorium for the second time and comported himself till the end of the meeting.

Speaking in an interview on HITZ FM this morning on why he portrayed such ghetto behaviour in front of high ranking members of the Ghana police service.

READ ALSO: Shatta Wale kneels in front of the IGP after walking out of meeting

Shatta Wale asserted that he was already angry before attending the event. He went on to add that, some notorious thieves have stormed his site and made away with over a hundred bags of cement.

“I was already having a bad day before I came for the meeting because somebody had stolen my hundreds of cement and some argument and stuff had gone on before I got here so tempers were very high.”

Well, some social media users have refused to believe this cock and bull story from Shatta Wale because he was heard in a video from the incident bitterly lamenting that he has been sidelined.