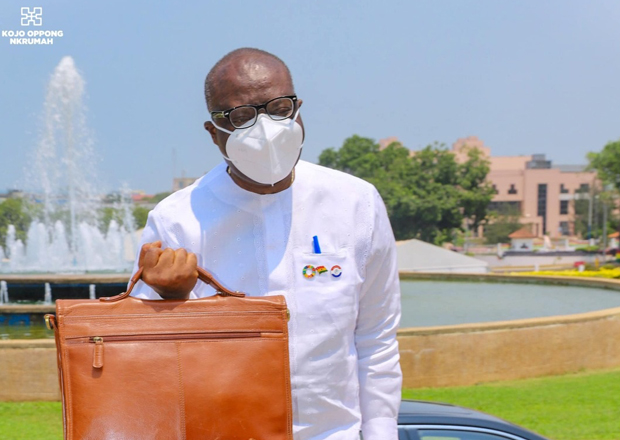 The 2022 Budget Statement and Economic Policy of Government which was scheduled for November 15, has been moved to November 17, 2021.

The change of date has become necessary because Parliament is equally engaged in another critical assignment on 15th November.

Second Deputy Speaker of Parliament, Andrew Asiamah Amoako, who announced this in a formal communication to Parliament when the House began sitting for the day’s activities, said, “Parliament is engaged in another equally important assignment on the 15th of November and therefore the budget, as I said would be read in the House on the 17th November, 2021.”

Last Friday, November 5, Deputy Majority Leader, Alexander Afenyo-Markin during the presentation of the Business Statement told the House that the 2022 Budget Statement and Economic Policy of Government would be presented on 15th and not 17th November, 2021 as originally advertised.

He explained that the reason was to enable the House attend its post budget workshop with members checking-in on Friday, November 18, and staying till they leave on Sunday, November 21, 2021.

He also clarified that the House would start the debate on the budget from Monday, November 22 and conclude on Friday, November 26, 2021.

He urged members to take active part during the debate on the budget due to the limited time frame for the approval of the Budget and Appropriation Bill 2021.

He entreated Committee Chairpersons, particularly those with urgent and time-bound referrals, to endeavour to present their reports for consideration as early as possible before the House is seized with consideration of the budget.

SME’s product and service delivery to improve with standards