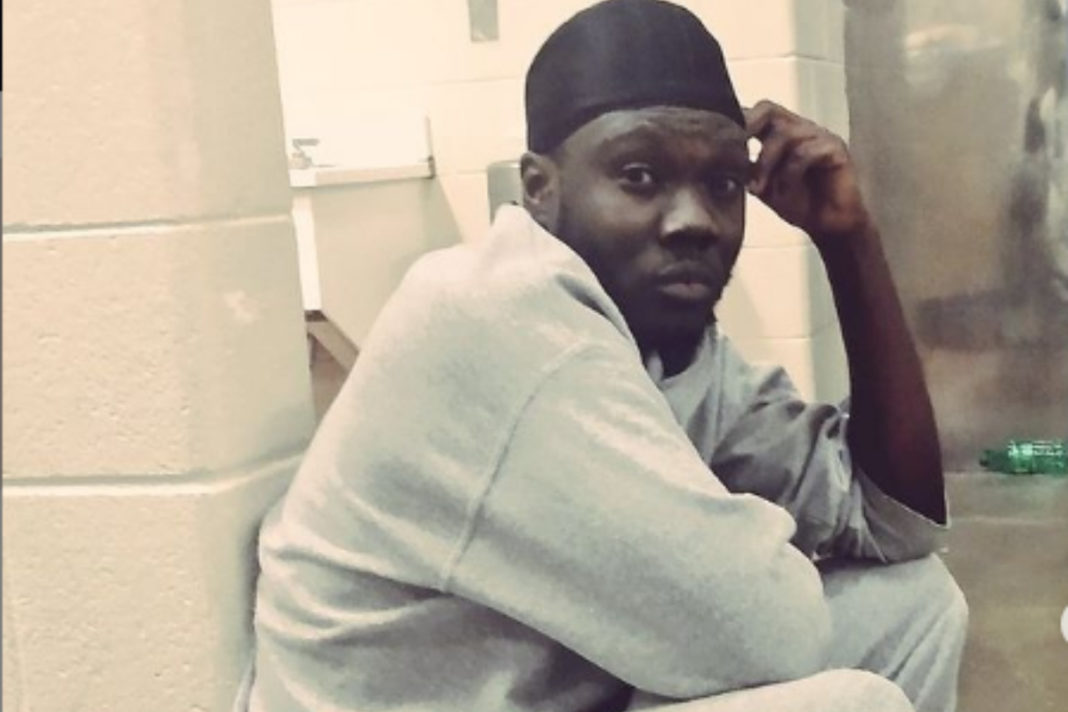 Ghanaian US-based rapper, Sam Safo, well known as Showboy has taken to the microblogging platform, Twitter to lament on the harm his stay in prison in the USA is gradually causing damage to his mental health.

READ ALSO: “My GOG Album Has Been Delayed Because Of Beyoncé and Rihanna”-Shatta Wale Reveals

After being charged with murder, Showboy is currently serving a 15-year sentence in prison in the United States of America. According to reports from the Gwinnett County District Attorney’s Office, the 27-year-old rapper was convicted of aggravated violence for the July 2016 incident at the Wesley Herrington apartments.

Showboy was sentenced to 15 years in prison with six years to serve for stabbing and killing an acquaintance inside a Lawrenceville apartment during a recorded attack.

After spending almost three years in prison, Showboy has lamented that he is gradually losing his mind in cells. According to a tweet, Showboy stated that his body and mind are failing him but he hopes he doesn’t lose them completely before coming back home from his sentence.

He wrote; Original Jail man.. 33months gon … … 3more months to make it exactly 3yrs ….. wow wow wow Jah give me strength….. my only prayer is I don’t loose my mind before I come home .. .my prayer is my soul stays the same what am going tru ..my body and mind is failing me