Divorce any ‘osofo maame’ who sleeps in jeans at night 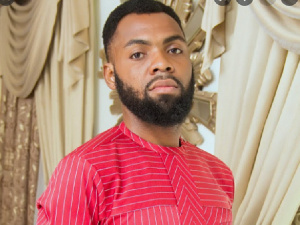 • He has outlined some grounds for divorce

Leader of Anointed Palace Chapel, Kwaku Agyei Antwi, better known as Rev. Obofour has charged men of God to take the bold step of divorcing wives who are bent on causing trouble in the home.

The preacher in his latest sermon called on his colleagues who are going through hell in their matrimonial homes to gather courage and divorce ‘troublesome wives’ as they can be a hindrance to their gospel ministry.

According to him, any woman who denies her husband sex by wearing jeans at night to prevent her husband from making love to her should be divorced.

“Every man of God dealing with a troublesome wife should just divorce her. Take her back to her parents.

“Some pastors wives intentionally threaten to expose their husbands on radio by coming public with their issues. Don’t be bothered, let her do her worst. They will criticize you but it will eventually die off,” he said.

Outlining some grounds for divorce for both men and women he noted: “If your married wife wears jeans shorts to bed at night, just divorce her. For the women also, if your husband brings up excuses all in the name of being filled with the Holy Spirit in order not to have sex with you, just divorce him, he is a criminal. He might even be having an affair with other women.”