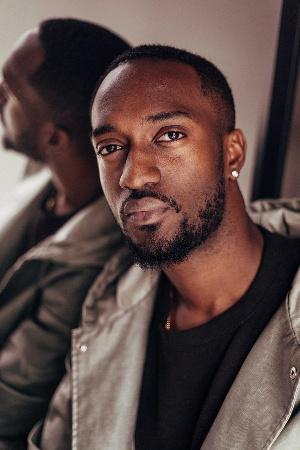 •Eugy shares his experience with GhanaWeb on ‘Sold Out’ show

•Eugy has appreciated his fans on social media

His show brought people from different cultures and backgrounds under one building.

The Ghanaian, British singer, rapper, and songwriter told GhanaWeb it was an overwhelming feeling when he sold out his show.

“When I’m in that routine I don’t get time to really speak to people. So it’s almost like I forget that there’s a real world outside. So when I get the chance to tap back into reality and see that the music I make has an effect on people. It leaves me speechless sometimes” he told GhanaWeb on November 9, 2021.

The artiste appreciated his fans for making his show a success, sharing a post on social media with a picture of him on stage.

The ‘My Touch’ artiste had a part of his performance shared by dance page ‘Chop Daily’ where he was seen dancing to the song ‘My Touch’ with popular dance creators in the Uk Nife and Johnny.

The synchronised dance at his event ‘the UK Headline show’ got fans amazed as to how smooth the event and dance were.