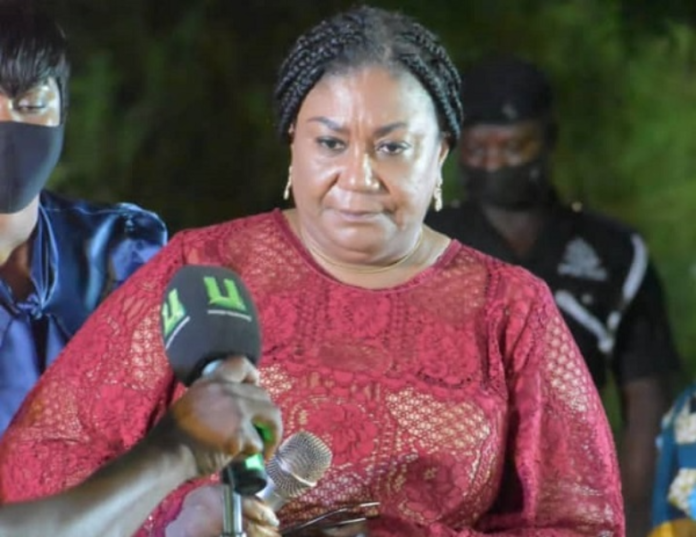 Speaking at the launch of the maiden edition of the First Lady’s Cup, she said the competition was the women’s version of the Presidential Cup, which opens a new era in women’s football in Ghana.

According to her, the competition is to recognise the importance of putting the spotlight on women’s football, adding that female footballers had demonstrated enough quality to excel when given the needed support.

She said the competition was created to recognize the importance of putting women’s football in the spotlight, and those female footballers had demonstrated the ability to excel when given the necessary support.

According to her, women’s football had been confronted by several challenges such as poor infrastructure, a lack of equipment, transportation, and insufficient human resources to manage activities, and demanded that these issues be addressed.

The First Lady’s Cup will be held at the Accra Sports Stadium between the top teams from the Southern and Northern zones on Friday, December 10, 2021.

Mrs Akufo-Addo said she was honoured to launch a competition in her honour, stating that it would serve as a platform to move women’s football to the next level.

Mrs Akufo-Addo explained that the maiden cup project would serve as a source for soliciting funds for the establishment of West Africa’s first Women’s School Soccer Excellence.

“I’m excited that the Ghana League Clubs Association (GHALCA), the Ministry of Youth and Sports, and the Ministry of Education are pursuing a school program to develop the girl child football, talent in-line with FIFA’s books for boots project.

“The school would train women coaches and other technical staff to upgrade the capacity of women in the football industry, to create a solid foundation for the development of women’s football in Ghana,” she added.