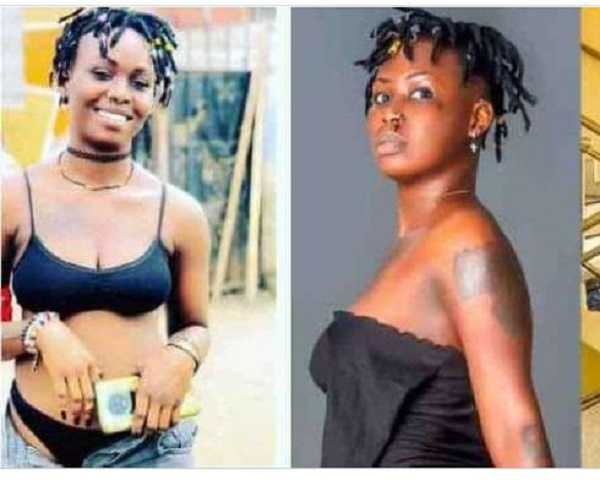 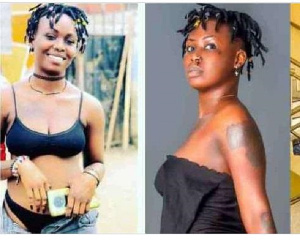 An upcoming musician, Angiewood has gone naked live on camera in a bid to promote her new song.

She was seen flashing her genitals and twerking as she entertained her followers in a 10 minute video sighted on her Facebook page.

While at it she asked her fans to share the video or she would stop the live session.

And though she ran out of bundle leading to a break in the session, she returned seconds later to continue. Angiewood however gave out her contact on which the fans can activate bundle for her continue engaging them.

Some followers being fascinated by the video could not but show their interestedness.

In a reply to the video, Mylord AA wrote: “keep pushing you will definitely get there”.

Leon Junior, another follower of hers who was absorbed, said, ”lets see more fire”.

Among the replies mentioned above were those suggesting their opposition to Angiewood’s action.

Prince Mog for instance wrote, “she thinks stuff like this will make her trend but hey good music will carry you far”.

Maame Owusua said, “don’t be the love of money to encourage nonsense”.