Jomoro MCE Tasks Petroleum Hub Development Board to Be Proactive 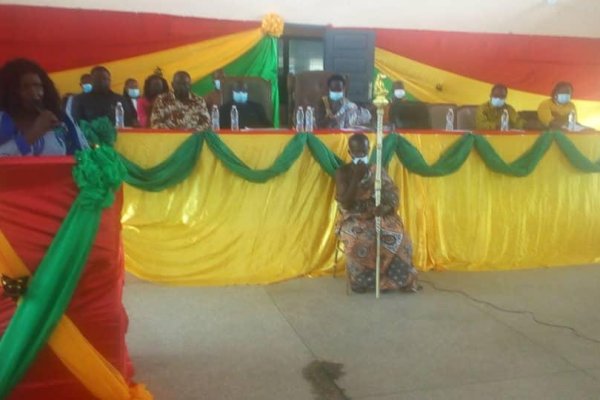 Half-Assini (W/R), Nov. 5, GNA – The Municipal Chief Executive (MCE) for Jomoro, Madam Louisa Iris Arde, has tasked the Board of Governors of the Petroleum Development Hub Corporation (PDHC) to be proactive in their activities. 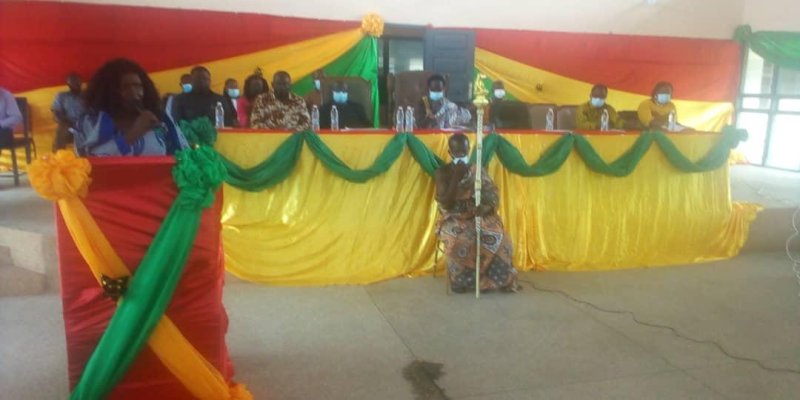 She said the Petroleum Hub was a crucial component of the nation’s industrialization drive, with the potential to generate jobs for the teeming youth in the Nzema enclave, in particular, and the country as a whole.
She, therefore, charged the chairman of the PHDC Board and Omanhene of Western Nzema Traditional Council (WNTC), Awulae Annor Adjaye III, to deliver beyond expectation.
Madam Iris Arde said job creation was high on the agenda of the government hence the nine-member board, led by Awulae Annor Adjaye, had been tasked with the enormous responsibility of developing the hub.
The MCE was speaking at a stakeholder engagement meeting on the Petroleum Hub Project at Half-Assini in the Jomoro Municipality of the Western Region.
The meeting was attended by the board members, chiefs, Queenmothers, officials from the Jomoro Municipal Assembly, Assembly Members, the media, the Environmental Protection Agency (EPA) landowners, farmers and other stakeholders.
Madam Iris Arde assured the Board of commitment towards the Petroleum Hub project, adding “The Assembly will be with the board every step of the way till the Petroleum Hub project is fully realized.”
The MCE called on the Board to provide advice and direction needed to develop an integrated Petro-Chemical industry in the country, adding that the worth of the Petroleum Hub project would be around $60bn when fully operational.
The project, she noted, would also facilitate the manufacturing of petroleum products such as plastics, fertilizers as well as other industrial chemicals.
The Board Chairman of the PHDC and Omanhene of Western Nzema Traditional Council (WNTC), Awulae Annor Adjaye III, said work was yet to start at the PHDC and asked all stakeholders to come on board to ensure a smooth take-off of the project.
He said the Board needed to deepen their understanding of certain issues and bring their expertise on board to ensure successful execution of the project.
Awulae Annor Adjaye said the Board could not leave chiefs, Assembly members and other stakeholders out of the ongoing preparations.
He said the Board would ensure that the environment was well taken care of and asked the people to support them for the success of the project.
The Chief Executive Officer (CEO) of the PHDC, Mr Charles Owusu, who made a presentation on the state of the hub project, said all stakeholders needed to come on board.
He said the PHDC had identified the building of refineries as one of the key infrastructures to refine the crude oil.
Mr Owusu indicated that the refinery would be able to produce 300,000 Barrels Per Day, adding that five Petro-Chemicals companies would be built around the hub with a storage capacity of 10 million metric tonnes and refinery capacity of eight million metric tonnes with jetties to discharge the Refineries to its destination.
Mr Owusu said it was the vision of President Akufo-Addo for an FPSO to be established in Jomoro to cater for the trans-shipment of the oil to the West African Sub Region.
The CEO said waste management and water treatment plants, as well as residential accommodation, would be built around the hub and that the construction of a Naval base was ongoing at Ezinlibo.
Mr Owusu said schools would be established in the area to train the required manpower needed to be employed in the hub.
He said the hub was expected to create 780,000 jobs, including artisans such as masons, welders, carpenters, among others.
On the implementation process, he said phase one would take four years with $4bn accruing from the first phase.