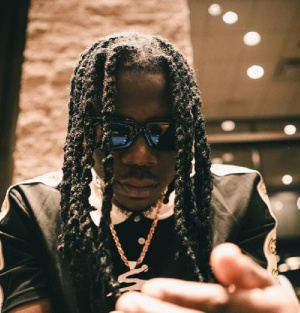 The Minister of Lands and Natural Resources, Samuel Abu Jinapor has commended dancehall artiste Stonebwoy for taking the initiative to compose a song on illegal mining (galamsey).

According to the Minister, it is a worthy cause for influential figures like the dancehall icon to contribute to government’s fight against the menace.

He explained in a Citi TV interview on Wednesday, November 3, 2021 that the fight against illegal mining is one that required all hands on deck adding that any action from any persons seeking to sensitize Ghanaians on the devastating effect of illegal mining is welcomed.

“Let me use the opportunity to thank my good friend Stonebwoy for this intervention and also to say to him that it is a very noble and patriotic thing he is doing. From the very beginning, on the instructions of President Akufo-Addo, we’ve been working to ensure that our renewed commitment and effort to sanitize the small scale mining sector is broad-based, multi-faceted and galvanizes all the stakeholders and actors in our society.

“This is a national issue and the consequence of this is on all of us. Of course, government must take the lead role and have a much more primordial role to play but the kind of intervention from Stonebwoy and others is welcoming. I want to commend him highly for this intervention,” he said.

Samuel Jinapor who is in Glasgow for the United Nation’s Climate Summit promised to explore ways of engaging Stonebwoy on the steps being taken by government to sanitize the illegal mining space and also look at ways the musician can further his contribution towards the fight against illegal mining.

“I believe we can find an opportunity between myself and him to have in-depth discussion on this matter. The matters of employment and issues of safety and others. It’s historical antecedents and where it begun from and how the structures of the mining industry have not been properly constructed over the years. A lot of work is being done to restructure the small scale mining sector.

Stonebwoy used the platform to highlight some of the issues underpinning the growth of illegal mining and appealed to government to resolve those issues.

“This shows that the citizens are listening to the President’s call for us to all participate in actually helping to eradicate or cut down on certain things that affect us generally. I think it is lack of employment in these areas and lack of commitment from the legal mining companies to serve and do what they promise. How can cities that produce these minerals that we export to the world… The least they can do is to make sure the livelihoods of people in those communities are even in high standards than those in Accra,” he said.