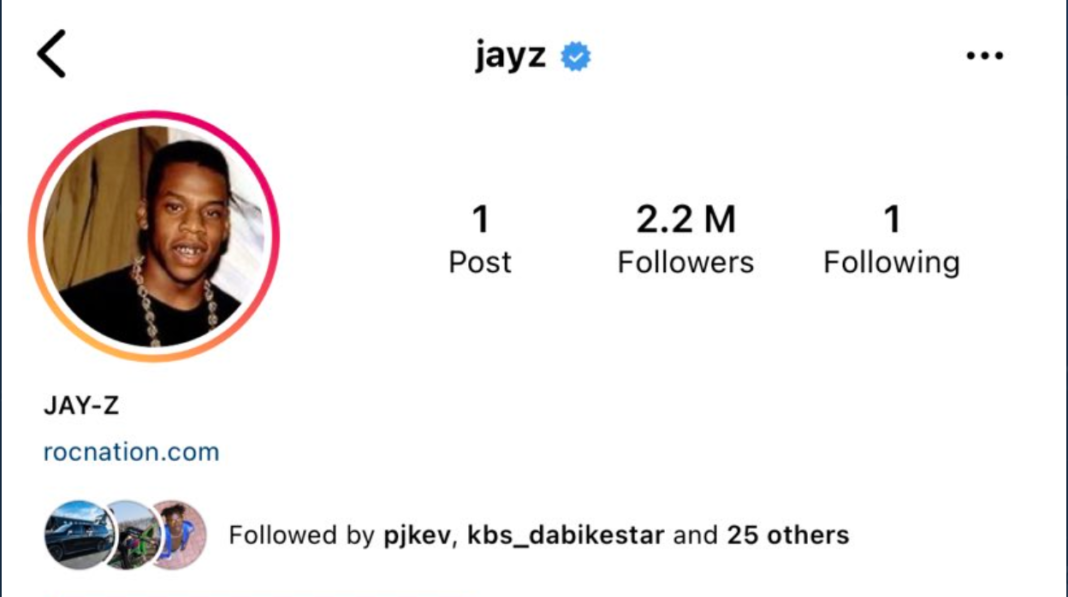 Rapper and music mogul Jay-Z has only recently joined the platform.

The 51-year-old rapper (born Shawn Corey Carter) joined Instagram on Tuesday and has already amassed over 1 million followers… while only following one, Beyonce, with whom he has been married since 2008 and has three children.

He appears to have joined the popular social media network to promote his new Western The Harder They Fall, on which he worked as a producer.

The rapper’s first post was a new poster for The Harder They Fall, which will be available on Netflix on Wednesday after a limited theatrical run.

In the post’s caption, he only said, ‘The Harder They Fall,’ with Facebook and Instagram owner Mark Zuckerberg being the first to comment with a had-waving emoji.

Jay-Z also used the Instagram story feature for the first time, posting a brief video in which he reminded fans that The Harder They Fall would be available on Netflix at midnight PST.