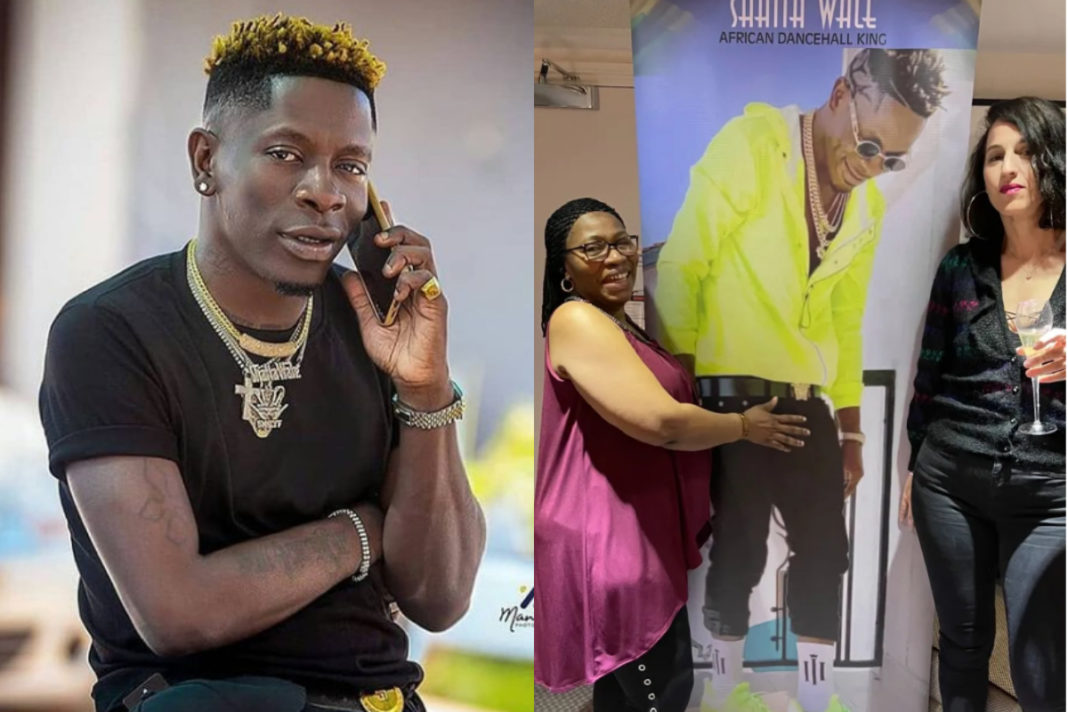 A die-hard fan of our very own dancehall king, Shatta Wale has decided to initiate his mother into the Shatta Movement Empire after he surprised her with a pull-up banner of the musician on her birthday.

Well, the young man who is obsessed with Shatta Wale surprised his mother with a banner of the iconic dancehall maestro as she celebrates her birthday in London.

As a reminder, despite the controversies he mostly engages in on social media, Shatta Wale happens to be one of the finest reggae/Dancehall acts Ghana has ever produced. His enormous contributions to the dancehall fraternity in Ghana make him one of the most recognizable musicians in Africa and the world at large.

In other news, Shatta Wale has taken to his social media to recount how he used to communicate with his colleague, Medikal while they were locked up in prison a few days ago.

It would be vividly recalled that Shatta Wale was arrested for framing a shooting incident at East Legon. This comes after he was prophesied to be shot on 18th October 2021 by some unknown assailants. He was remanded into police custody for one week by the Accra Circuit court but he has been granted bail of GHc100,000.

Medikal whose incident was very unfortunate was spotted on social media brandishing a pistol. He was apprehended and remanded into police custody for five days. He was also granted bail of GHc100,000 with one surety.