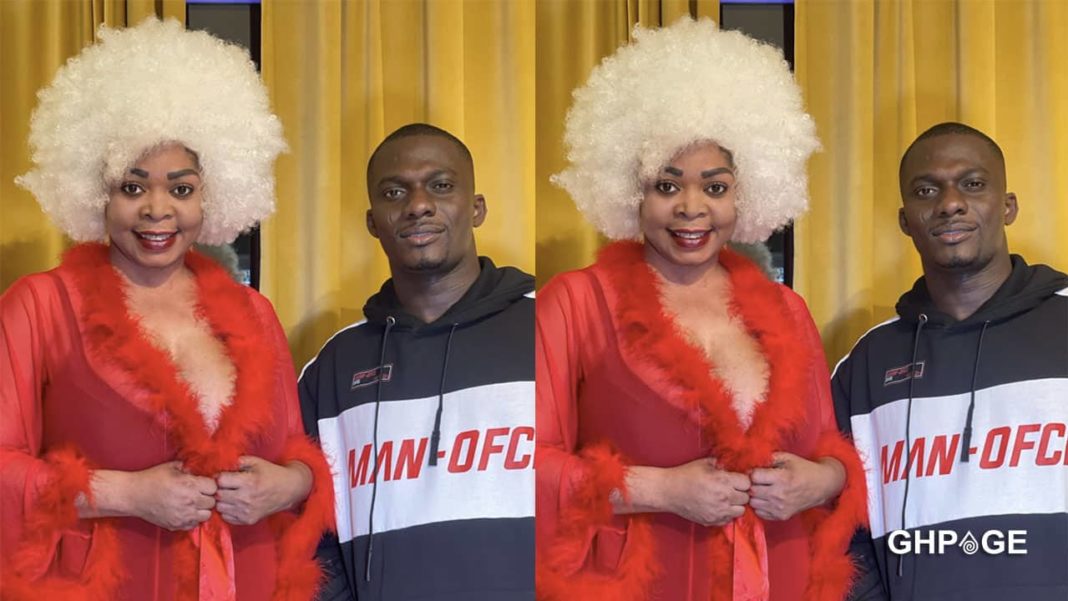 Blogger Zionfelix has in the past few days been in the news for his secret sexual escapades which someway found their way onto social media.

The award-winning blogger was in the news months ago for impregnating his girlfriend Minalyn Touch and Italian based singer Erica at the same time when the whole world knew he was planning on marrying Mina.

Recently, another lady from the UK dropped audios and screenshots of her conversation with the blogger where the two were flirting with each other.

In her exposè, she revealed that she has already had sex with Zionfelix and has videos and photos to show off as evidence.

In a new development, Zion shared a photo of herself and former HIV/AIDS ambassador Joyce Mensah Dzidzor with the caption “About to go down”.

After his post, some netizens have reacted to the photo saying they wish Zion doesn’t bang her after they are done with the interview since he is now scary.

See screenshot of comments below: