Purification or not, the law would work again – Arnold Asamoah reminds Shatta Wale » ™ 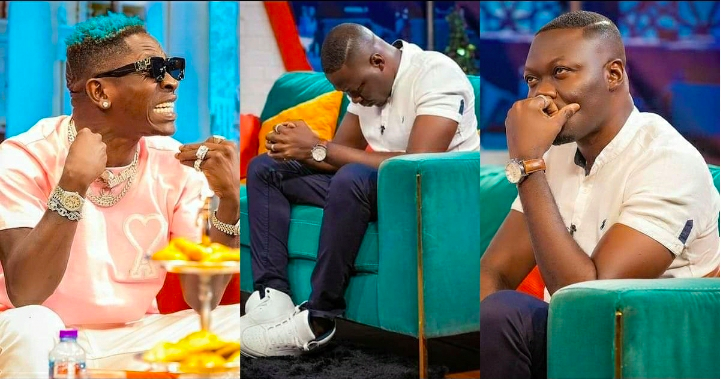 Arnold Asamoah-Baidoo has reminded his favourite antagonist Shatta Wale that regardless of his spiritual cleansing in the sea shortly after he was released from prison, the law would still deal with him if he’s found culpable.

In the recent edition of the popular United program hosted by Abeiku Santana, Arnold argued that the bathing is symbolic and deeply rooted in African culture so there’s nothing wrong with it.

He however cautioned that the purification won’t have any impact on his pending case if he’s found wanting as regard his fake gun attack.

“Well, I think everyone has their believes and convictions, especially when it comes to spiritual matters. So what works for you is what you abide by. I don’t have a problem with them going through that exercise because I am sure they have a certain belief that when they do those things, any bad luck from going to prison and all will be washed away. That’s their belief. They have a strong conviction in that. And so I can’t begrudge them for going through that process.”

“I don’t know why people would think that that is idol worshipping. We grew up with tradition and culture. Plus, spirituality. So I don’t see why anybody should have an issue with what they did.”