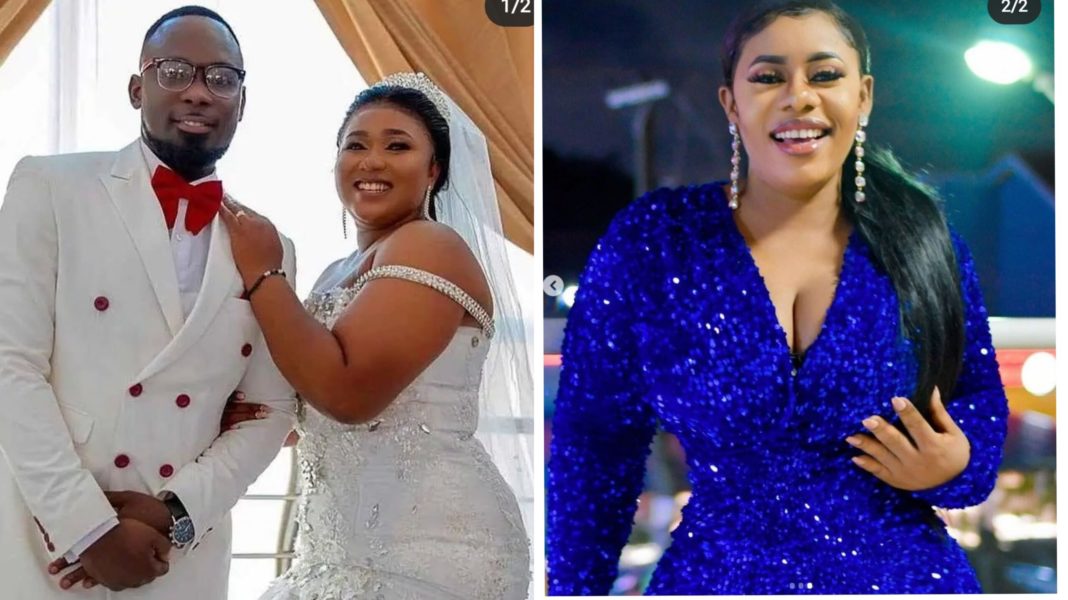 For the past few days, TV presenter Xandy Kamel and her husband have been all over the news after it was alleged that her husband Kaninja cheated on her with his ex-girlfriend called Anabelle.

However, reacting to this, the mother of Anabelle has come out to ask the public to stop badmouthing her daughter.

According to her in an audio sighted online, her daughter Anabelle and Kaninja dated in the past but he left her to marry Xandy Kamel and as such she has cut ties him.

She asked Xandy to come out and speak up and explain the issue at hand by declaring her daughter (Anabelle) innocent of all the cheating allegations leveled against her.

Meanwhile, Kaninja has reacted to the ongoing brouhaha about his marriage after blogger Zionfelix asked him why he stopped wearing his ring.

Listen to audio below;