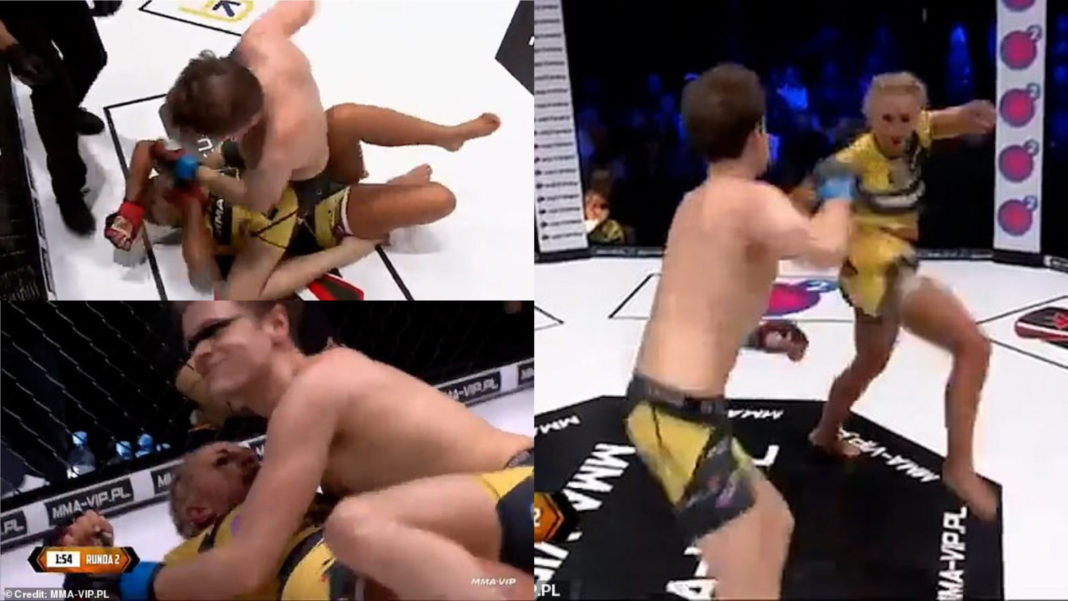 Viewers were enraged after a male MMA fighter mercilessly beat up his female opponent during a grueling inter-gender fight in Poland.

Viewers have described the scenes as ‘horrific’ and ‘absurd,’ questioning how sanctioning bodies allowed the fight to take place on October 29 in Czestochowa, Poland.

The referee for the MMA-VIP event in Poland was forced to stop the fight after the woman received a series of blows while the audience cheered and chanted.

Muaboy landed hard, clean shots to Siekacz before pinning her to the canvas and applying ground and pound, prompting fans to call for the fight to be stopped.

In the video, the pair can be seen at first exchanging fairly light blows as they jockey for position in the ring.

Muaboy then lands a series of solid blows to Siekacz’s face while wearing a black paint eye mask.

The fitness instructor, on the other hand, takes the blows and keeps her cool. But then she makes a terrible mistake as she goes in for a takedown.

Muaboy then grabs Siekacz and flips her over onto her back.

Watch Video Below For More:

MMA fans were left DISGUSTED when a Polish promotion put on an inter-gender fight between Piotrek Muaboy and arm wrestler Ula Siekacz.

Fans called for the fight to end as Muaboy landed hard, clean shots to Siekacz before pinning her to the canvas and applying ground and pound. pic.twitter.com/otWqV8yKdF