I love you, mum – Gyan dedicates AS Roma debut to his mother 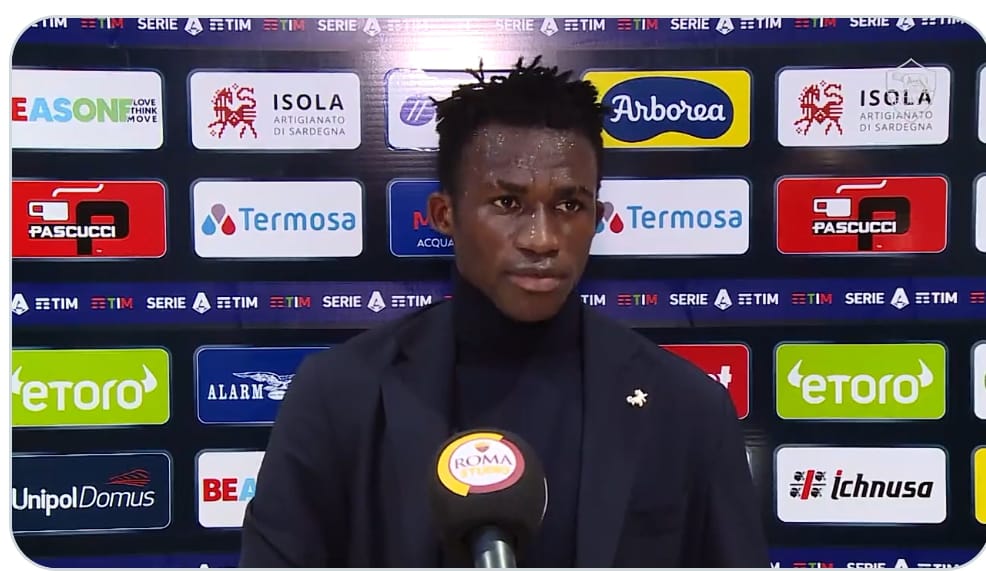 Ghanaian youngster, Felix Afena-Gyan, has expressed his excitement after making his debut for Serie A side, AS Roma.

The forward featured for Jose Mourinho’s side in their 2-1 away win over Cagliari on Wednesday night.

The 18-year-old replaced Matias Vina in the 57th minute when Roma were trailing 1-0 after Leonardo Pavoletti scored for Cagliari.

However, Roma fought back to secure all three points with Ibañez and Lorenzo Pellegrini scoring all goals in the second half.

After a stellar start to the season where he has scored six goals in 5 games with the Giallorossi’s U-19 side, Afena-Gyan caught the attention of Jose Mourinho and was handed his first league game.

After making his debut, the youngster could not hide his joy, dedicating his first appearance to his fans and teammates and professing love to his mother in Ghana in an emotional interview.

“I thank everyone and I dedicate my debut to everyone who has supported and helped me get here. I thank the club [AS Roma] and everyone here.

“To my mother in Ghana, I love you. Thank you to my agent and everyone,” he said.