Ghanaian actress, Benedicta Gafah has been subjected to social media attacks over her choice of outfit for her late father’s one-week celebration.

The Kumawood actress stormed her father’s one-week remembrance ceremony in a stylish red African print with a pair of black trousers and a black sleeveless top.

However, parts of her chest and cleavage were on display and this has sparked some controversy on social media.

Some social media users believe that Benedicta chose the wrong outfit especially at a time when she is supposed to be in a sobber state.

According to others, her choice of outfit does not reflect a state of genuine mourning and the real Ghanaian culture.

Read some comments and watch the video below: 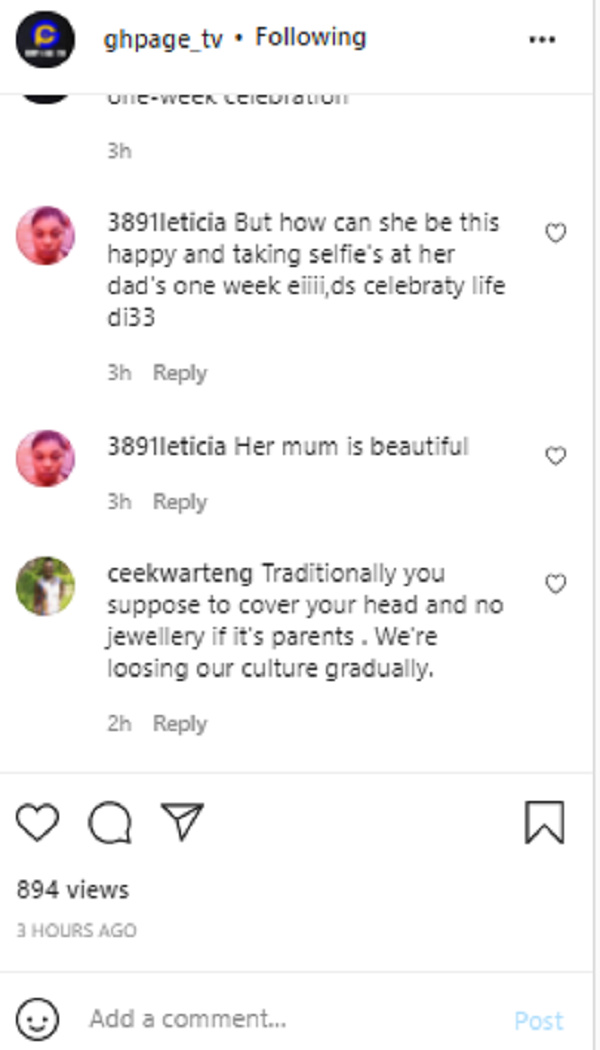