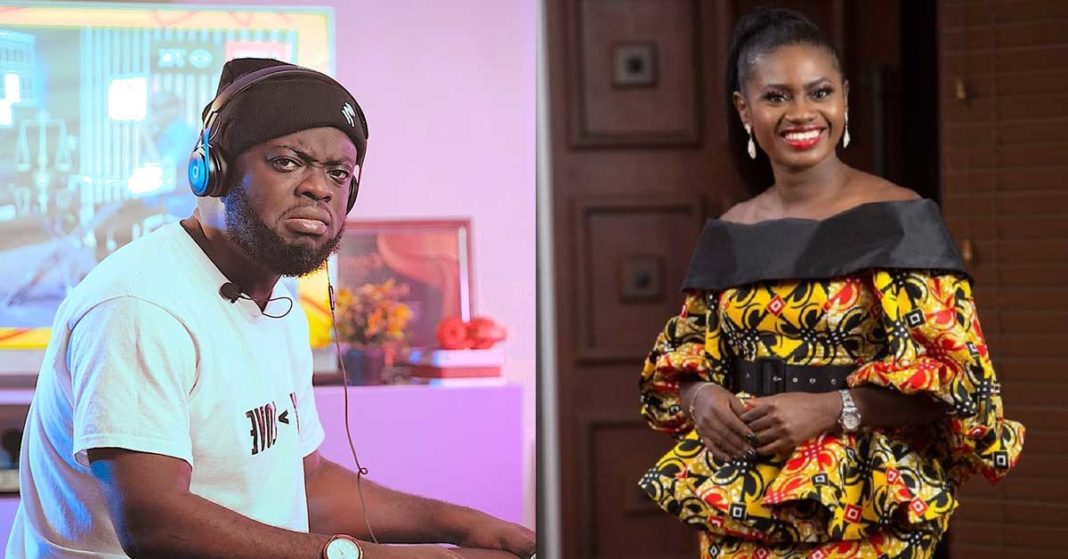 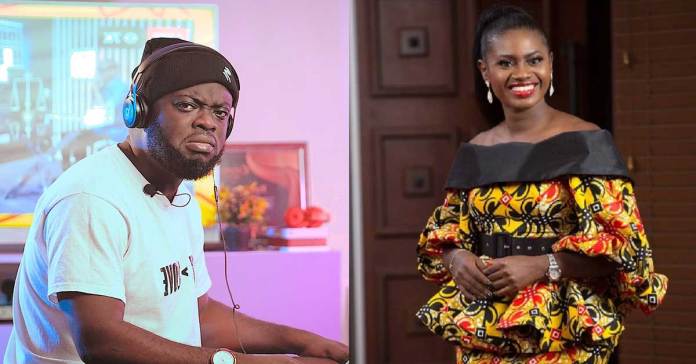 Ghanaian actress, Martha Nakomah has revealed she likes blogger Kwadwo Sheldon after he had said she’s his celebrity crush.

Kwadwo Sheldon in an interview with Pulse Ghana said he would go to the extent of washing Martha Ankomah’s underwear to show how much he admires her.

He had said his admiration for Martha was borne out of her flawless lifestyle and overall personality.

“Martha Ankomah, if she tells me to wash her panties, I will willingly do it. That woman, oh my God, she is beautiful, she is humble, she is spotless when it comes to controversies, beautiful,” Kwadwo Shelson said.

He added that the actress should get in touch with him.

Martha Ankomah in a reaction to the story on Instagram revealed her likeness for Kwadwo Sheldon in effect confirming the feelings of the blogger. She wrote, “I LikeThis Guy” with love emojis.

Check Out the Screenshot Below… 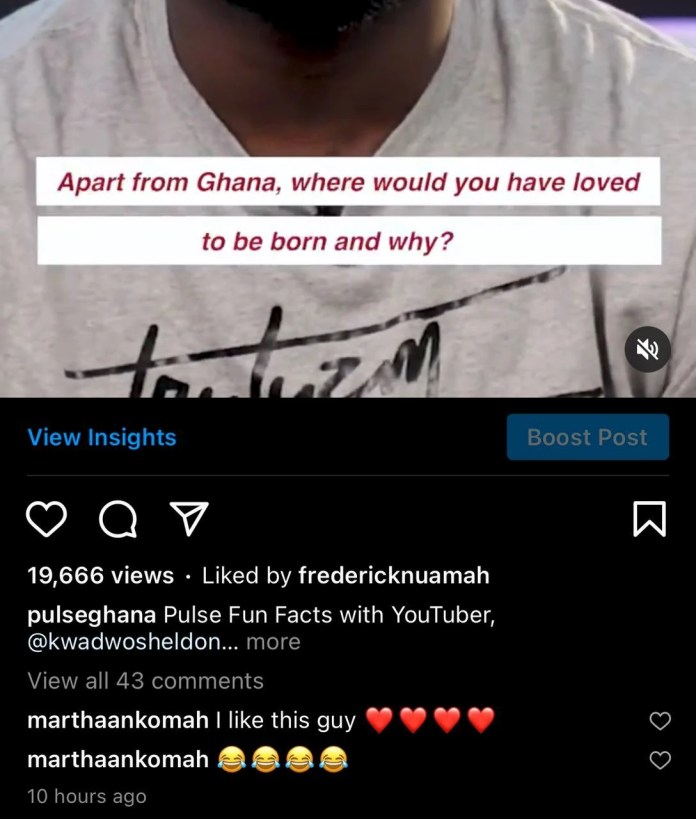