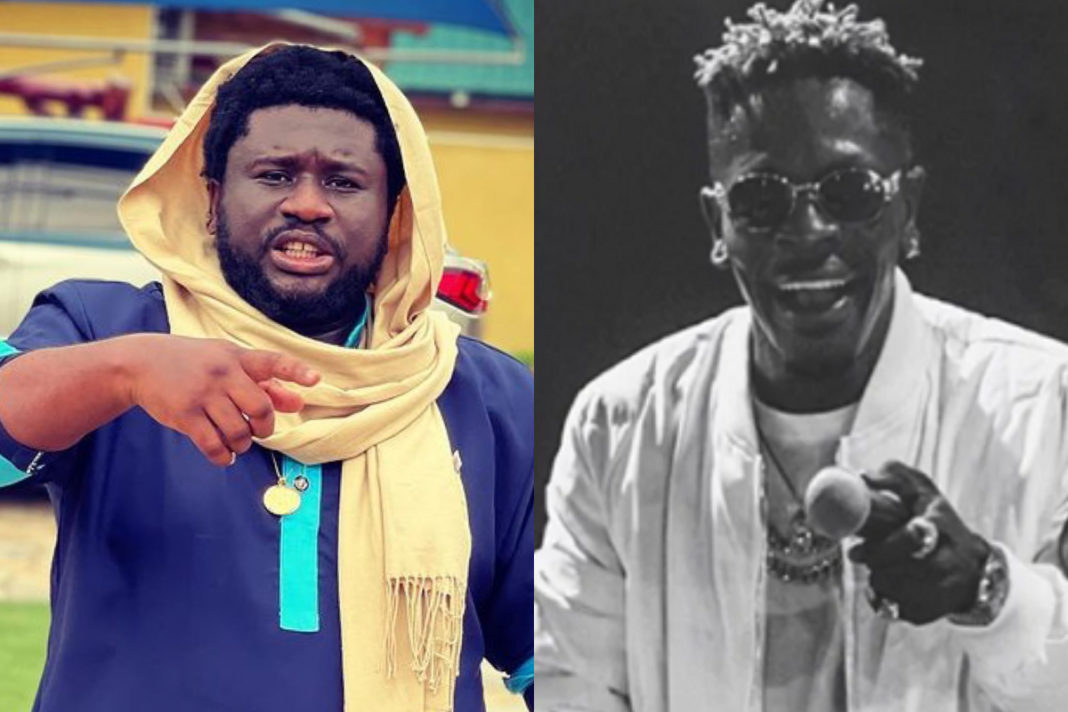 The leader of the Universal Spiritual Outreach Society, Prophet Kwabena Boakye Asiamah popularly known as Ajagurajah has said whoever is acting as the spiritual father of Dancehall act Shatta Wale is spiritually strong.

While speaking to Kwasi Aboagye of Okay FM, the controversial man of God said he was particularly happy when he saw the Wale and Medikal undergoing the ancient African ritual adding that the spiritual father of the two musicians is doing a good job.

He said the cleansing will ward off all the evil and ill luck associated with imprisonment and credits their spiritual father for his sound counsel that made the two artistes go to the beach right after their release from prison.

The audio below contains all additional information;