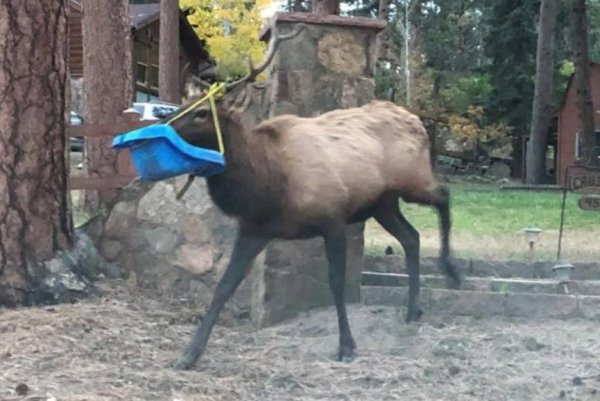 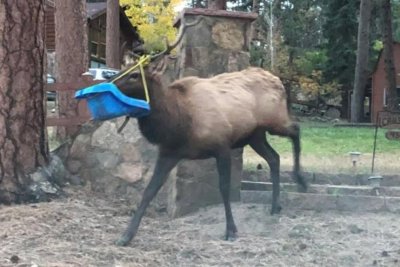 Oct. 27 (UPI) — A wildlife officer in Colorado came to the rescue of a bull elk found with its antlers entangled in a child’s swing.

Colorado Parks and Wildlife said Wildlife Officer Scott Murdoch responded to the Indian Hills community in Jefferson County after members of the public contacted the department to report an elk in distress.

The elk, which had been spotted days earlier near the Evergreen Golf Course in Jefferson County, had its antlers entangled in a child’s swing and was unable to pull itself free.

The department said on Twitter that the elk has non-typical antlers, “which most often happens when the pedicle or base where the antlers grow get damaged at an early age. If a bull has a damaged pedicle, the animal will likely have nontypical antlers every year.”

Murdoch tranquilized the elk and removed the swing ropes. CPW said the elk’s antlers were removed to prevent it from being targeted by hunters.

“Residents are asked to remove items from yards that could entangle big-game animals,” CPW tweeted.