The Ghanaian Italian enjoying his craft in Leeds 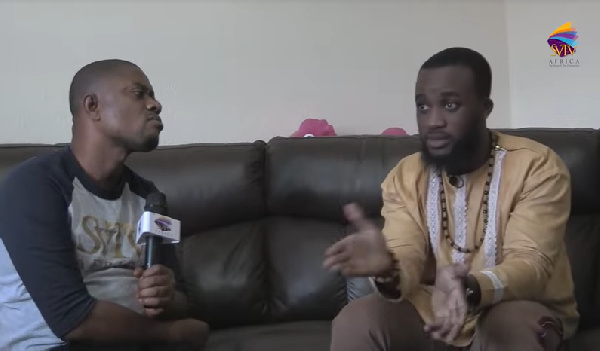 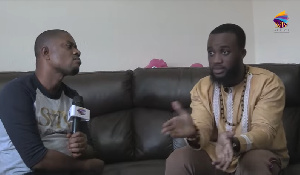 Ghanaian Italian drummer, Emmanuel Sarfo holds Italian citizenship after years of staying in the country but is currently based in Leeds in the United Kingdom.

Speaking on SVTV Africa with DJ Nyaami, the “Drum Prophet” as he is widely known stated that he began playing drums at an early age by using cooking utensils of his mother.

He has however grown the craft and now plays at events where he is invited to. He says he does not demand payment for doing what he loves most be appreciates the benevolence of people he performs for.

Another important cultural issue he is championing is encouraging Ghanaians living abroad to make their children learn local languages aside from foreign ones.

He indicated that it will be wise for parents to speak the Ghanaian languages with their kids.

By so doing, he asserts, they will not find it difficult to communicate whenever they visit their home country.

“For me, I speak two quite well but it also depends on how you are raised. Some parents do not allow them to speak the local language. It’s not right and that’s my perspective. They are supposed to know their language so that they won’t find themselves wanting when they visit,” he said.

Emmanuel stated that being multilingual has several benefits and is a great opportunity to explore. Having stayed in Italy for years before moving to the UK, Emmanuel speaks Twi, Ewe, English, French and Italian.

The Drum Prophet is available on all social media platforms with the same name.

Kindly watch the full in the below;