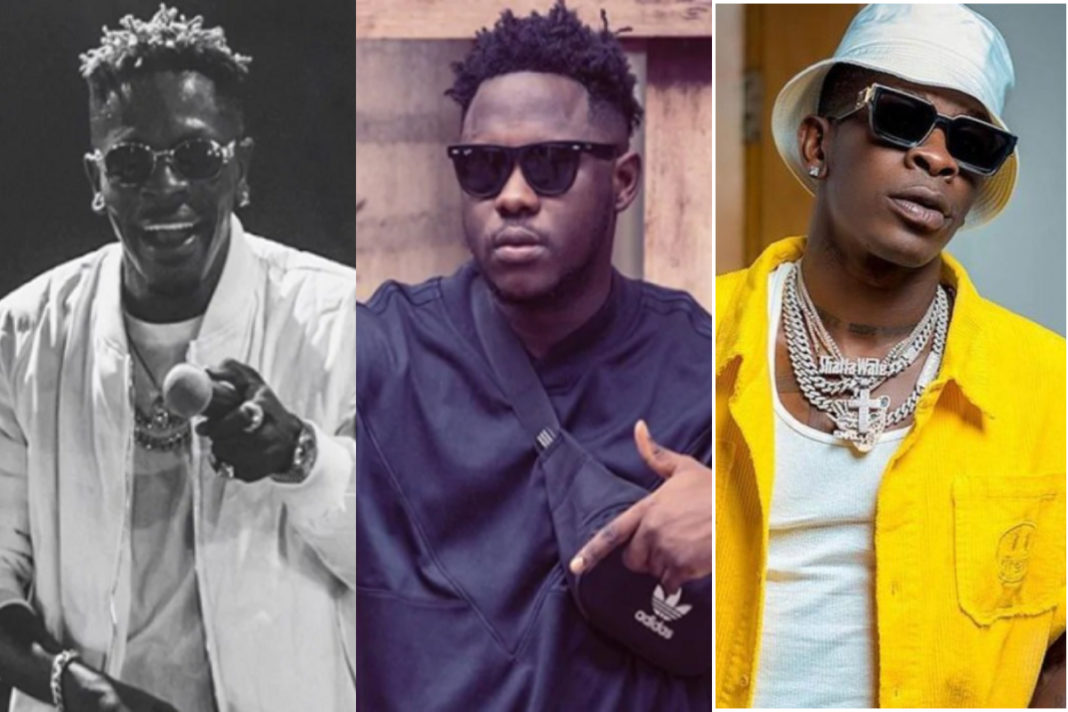 Popular Ghanaian prophet Ajagurajah has said Shatta Wale and Medikal’s purification bath they had at the beach is a very wise decision as it will sustain their relevance in the mainstream.

In a phone chat with Kwasi Aboagye of Okay FM, the ‘Block Nation’ president said he was particularly happy when he saw the duo undergoing the ancient African ritual adding that the spiritual father of the two musicians is doing a good job.

Speaking further, he said any celebrity who goes to jail and doesn’t perform the spiritual bathing after release would lose their shine and relevance.

Ghgossip earlier reported that following their temporal release from jail after being remanded, Shatta Wale and Medikal together with Deportee, Nana Dope, and Gangee have been spotted undergoing spiritual cleansing at a beach.

They were all granted ¢100,000 bail each by the Accra Circuit Court after they appeared before the court on Tuesday.

Medikal was remanded in prison custody for five days by an Accra Circuit court on Friday, October 22 following his arrest the previous day. He was charged with unlawful display of arms and ammunition to which he pleaded not guilty.

Shatta Wale on the other hand was picked up for faking a gun attack following an infamous prophecy from Ghanaian prophet Jesus Ahuofe who said he will be fatally shot dead on October 18.