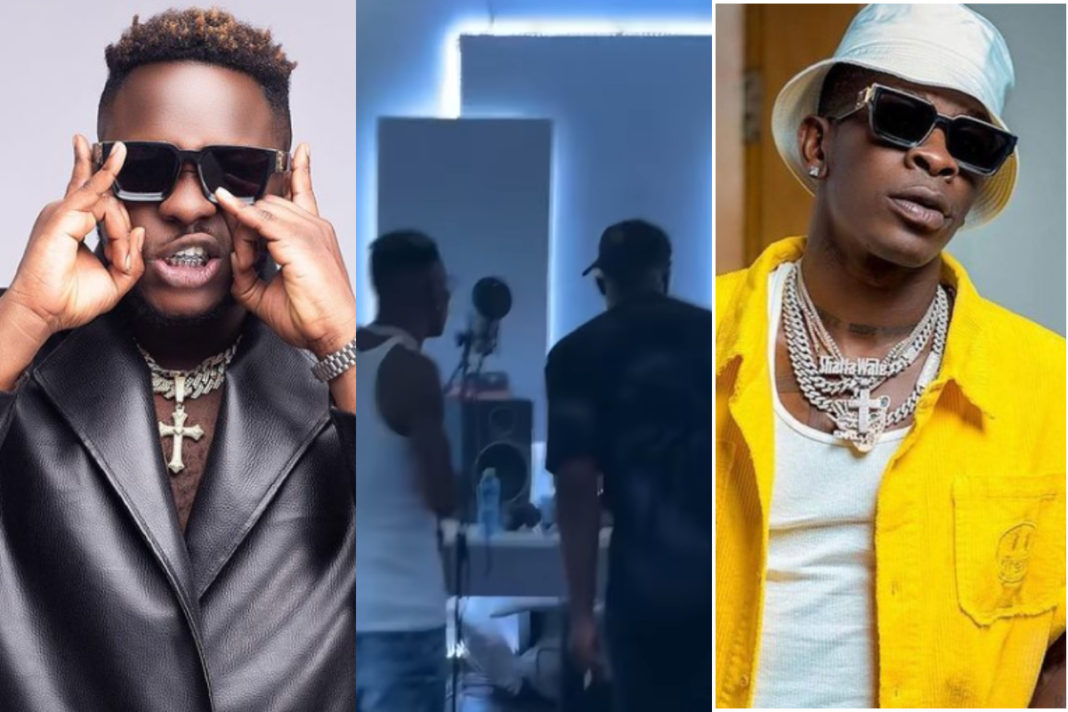 Shatta Wale and his bestie Medikal have hit the studio to make a fortune out of their prison experience shortly after they were released from remand.

A video www.Ghgossip.com has obtained captures the moment Wale was going in hard with some Dancehall vibes in the studio while Medikal, spotted in the background, was preparing to unleash his verse and serve fans with his version of the potential sumptuous banger.

Medikal’s wife Fella Makafui was also spotted obviously present to provide moral support for the two influential industry players. The unnamed track promises to be a hit and a precursor to the yuletide. Let’s keep our fingers crossed.

Shatta Wale has shared his first post on Facebook hours after he regained his freedom, albeit temporarily, having been held for days on remand over his fake gun attack.

The honcho of the Shatta Movement fraternity labeled himself as a freedom fighter adding he’s glad his action has caused a revolution and about to change a lot of things henceforth.

In his brief post, Shatta Wale thanked his fans for their unflinching support saying;

I don’t even know what to type now 😂 Shatta shatta shatta wale ..😂 Freedom fighter The Shatta Law The voice I love you all 😀😀😀♥️♥️