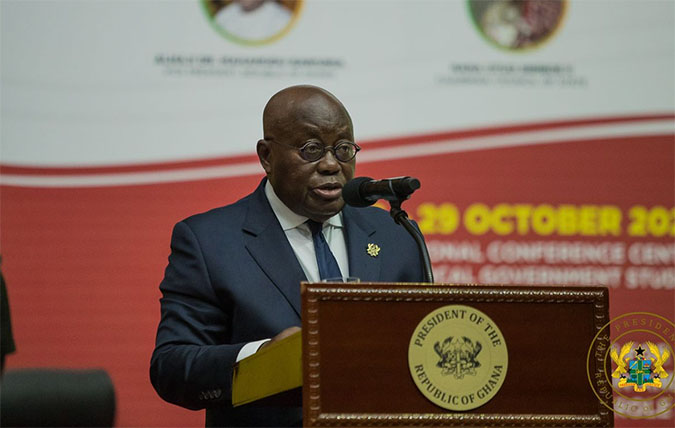 The suspension of the attempt to repeal Article 55(3) thereby allowing for the direct election of Metropolitan, Municipal and District Assemblies Chief Executives (MMDCEs) could not be deemed good tidings at the time it occurred.

For those who stood against the proposal it was a triumph, a parochial one of course, not in the national interest.

A lot of challenges as observed each time the President has to nominate persons for the positions would have been obviated.

So glaring are the dividends derivable from having the people choose their MMDCEs that we were at our wits end when the President had to suspend the option following the rift caused by the ensuing debate.

It was heartwarming, even refreshing when the President expressed his desire to revisit the subject last Tuesday.

His decision to present the proposal once more should have been informed by good reasons.

In a previous editorial we toed this line of electing such officials pleading that it be revisited. Our excitement knew no bounds when he revisited the subject during the orientation of the newly appointed MMDCEs.

We were disappointed when the subject was reduced to a bipartisan banter between the New Patriotic Party (NPP) and the National Democratic Congress (NDC) at the height of the public conversation of the subject.

The degeneration of a critical subject to a partisan debate robbed the country of the many dividends which go with the election of MMDCEs leaving behind a bitter taste in the palates of Ghanaians.

We all witnessed the trouble which goes with allowing the President to do the choosing of nominees during the last exercise. So many months passed before the President’s final list appeared in the media.

Only the President can narrate the headache he endured as he considered the long list of applicants for the positions, an avoidable ado full of jostling.

The opposition NDC had a field day as the party jabbed him for what they termed undue delay in nominating persons for the positions.

We should as a people begin to look at issues without the partisan lenses a preference of others which invariably denies us the positive side of matters.

There are good reasons why the President and experts sitting outside the corridors of power some of them retired public servants want the status quo reversed.

So much water has passed under the bridge since the last attempt at repealing the Act supporting the nomination option. It is our hope that those who fought against the change would have rethought their initial stances since then.

Ghana in our view would be the winner when we are able to effect the necessary amendment that would put the choice of nominees into the hands of the people through the political parties of their choice.

With the peculiar nature of the roles of MMDCEs, implementation of government policies and undertaking development at the local levels among others, there is every reason why the people should be given the opportunity to decide upon those who serve them as Chief Executives.

Since the people they serve live within the localities it is such persons who are better primed to judge their performances.  Shouldn’t we therefore rather toe the President’s line? Of course yes!