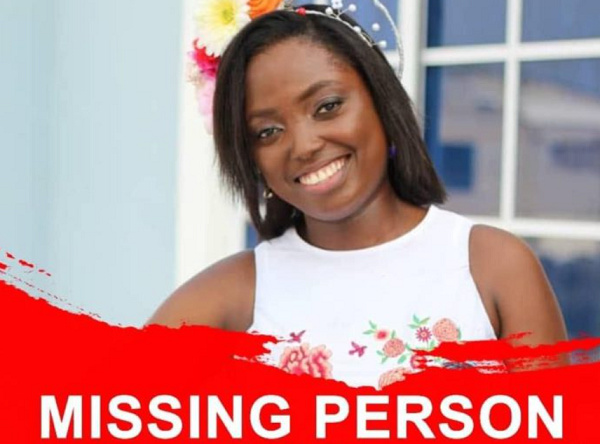 • Police have been investigating the case

• Dr. Wilberforce Aggrey, her husband, has been referred for psychiatric examination

The Ghana Police Service has stated that it has no evidence to point to the fact that Dr. Wilberforce Aggrey, the husband of the missing Lands Commission woman, is linked to her disappearance.

There have been widespread rumours that it had been established that the husband of Rhodaline Amoah-Darko killed his wife but the police, in a statement, have set the records straight, indicating that there is no such truth.

“It must be placed on record, that as of today, Wednesday, October 27, 2021, the Police have no evidence linking Dr. Aggrey to the disappearance of Rhodaline.

“Investigations are still ongoing and at this point, we are unable to disclose any information to the public on the matter,” the statement, signed by Director of Public Affairs, Superintendent Alexander Kwaku Obeng, said in part.

The police also indicated that they had secured a court order to have Dr. Aggrey undergo psychiatric examination.

“As part of investigations into the disappearance of Rhodaline Amoah-Darko, a staff of the Lands Commission in the Ashanti Region, the Police on Tuesday, October 26, 2021, secured a court order to refer the husband of Rhodaline, Dr. Wilberforce Aggrey, for psychiatric examination due to some incoherent statements from him on the matter,” the statement said.

The police is therefore urging the general public to desist from “the practice since their actions impede Police investigations.”

The public has also been urged to respect the privacy of the families involved and allow the police to do their work.