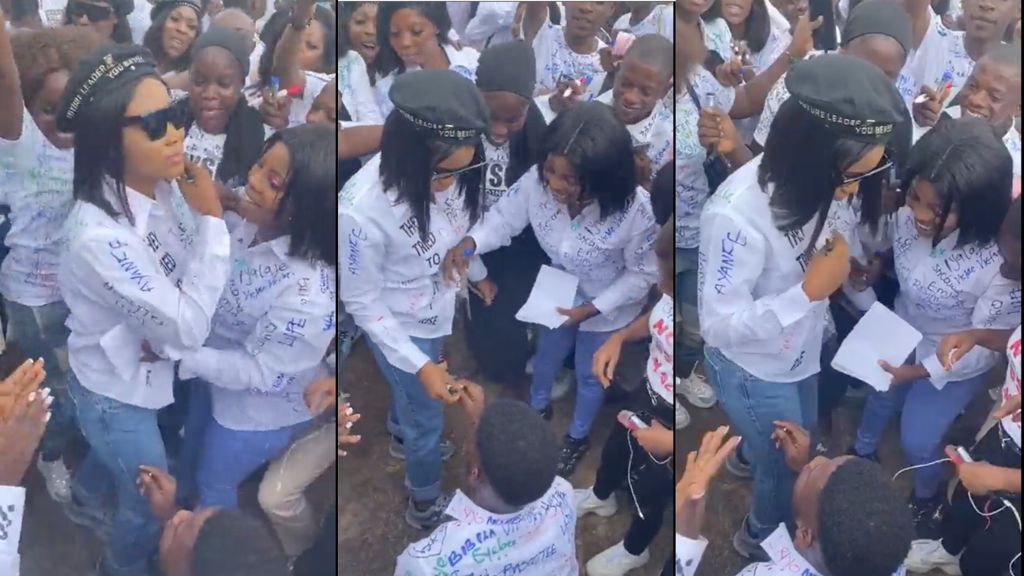 The trend of women turning down marriage proposals from their suitors has become a common phenomenon.

However, the embarrassment and emotional trauma the man suffers at the end is usually grave and damaging.

In most instances, it is either the woman was not actually into the man or she just did not know how to react to the ‘good news in public.

Surprise marriage proposals are very hard for some people to accept so they end up either walking away or turning down the offer although sometimes they do want it and love the man.

A video gives an account of a similar situation where a man went on his knees in the company of his colleagues to publicly confess his feelings to his lover but had eggs thrown at his face.

While their colleagues shouted and waited when the men went down on his knee, the woman had different plans. She hesitated for a while, snatched the ring from the man, dumped it, and walked away.

It was an embarrassing moment for the man who remained rooted to the spot. His colleagues could not hide their horror especially when they knew they were lovebirds.

Perhaps, the man took what was happening between them too seriously or the woman was just not ready to be a wife yet.

Check Out Video Below For More