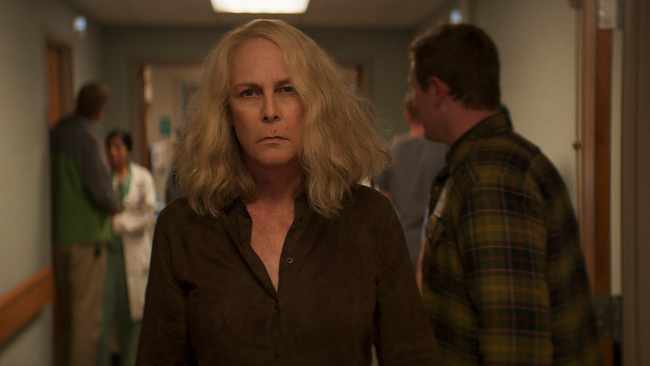 When it comes to the horror genre, several films have made an indelible impression as cult classics.

And the fan reaction resulted in the slasher offerings evolving into successful franchises.

On Wednesday, “Chucky”, the TV spinoff from the “Child’s Play” franchise, started streaming on Showmax.

With creator Don Mancini helming the show fans were understandably giddy with excitement.

And now “Halloween Kills”, which is inspired by John Carpenter’s 1978 original, is currently showing at cinemas nationwide.

The original centred on Michael, who, at six years old, killed his older sister Judith (Sandy Johnson) in the fictional town of Haddonfield.

It happened to be on the night that the townsfolk were celebrating Halloween.

Fifteen years after being hospitalised at a local mental health institution shortly, he escaped.

As the body count piled up, Laurie managed to fight him off and escaped a bloody death.

Curtis was 19 when she played Laurie Strode. And, believe it or not, she is still with the franchise and is currently in “Halloween Kills”.

Directed by David Gordon Green, the film sees fellow survivors celebrating the 40th anniversary of Michael’s imprisonment since they encountered him in 1978.

When they hear of his return to Haddonfield and the trail of bodies in his wake, they form a mob to hunt him down and end his reign of terror.

Meanwhile, Laurie, who is suffering from post-traumatic stress disorder, has turned her house into a fortress with plenty of traps for Michael, should he turn up.

On why she decided to be a part of “Halloween Kills”, which is the second part of a trilogy based on the legendary tale and its iconic characters, Curtis admitted: “I went into it because I thought that what David Gordon Green was doing felt so perfect as a way to finish the story, showing what happens to human beings when they have sustained that level of trauma, and the effect it has on a family.

“This middle act of the music that is ’Halloween Kills’ shows concentric circles of trauma and a collateral damage mob that are also affected by Michael Myers, and what happens when mayhem is created too.

“The entire movie is a violent marauding experience that people are loving.”

When asked if she knew the 1978 movie was going to be as emblematic of the genre as it is today, she responded: “Of course not! I was 19 years old and we were a rogue band of young filmmakers and actors that shot this film in around 17 days.

“It was fast and furious and fabulous. Nobody could have imagined then what it would end up becoming.”

On where we find Laurie now, the veteran actress admitted: “I feel she is a generation-skipping warrior. She spends most of this movie in a hospital.”

Meanwhile, Green weighed in on the original movie.

“So, it’s a very straightforward, wonderfully told and brilliantly executed mythology,” he said.

He added: “’Halloween Kills’ is here as a middle chapter to make some noise and see the conflict and chaos that permeates through Haddonfield as fear goes beyond the households and generations of three Strode women.”

On bringing back several supporting characters from the original film, Green admitted: “It was wild to be, in many ways, recreating my childhood nightmares. Having actors like Kyle Richards and Nancy Stevens was just a joy.

“Sometimes it can be exhausting to make a film with a dark subject matter, where you are shooting long nights; but the energy, commitment and humour of this entire cast is what got us through it.

“It made our ambition, exhaustion and stress very worthwhile.”

As for Curtis reprising her long-running character, he added: “The force of nature that is Jamie Lee Curtis is really hard to describe because her charisma and energy are so powerful.

“I can be having a difficult night worrying about the logistics or a stunt when all it takes is her smile or hand on my shoulder to bring me down back to earth.

“It’s amazing to get her notes on the script and have her involved in Laurie’s journey.

“This is an important movie in Jamie’s filmography, and it was a real privilege for me to have her join this circus and be an active part of it.”

“Halloween Kills” premiered at the 78th Venice International Film Festival but the reviews from critics have been mixed; while the performances got a thumbs up, the screenplay was criticised for lacking ingenuity.

Of course, fans are keen to bond with one of the scariest villains in horror history and Michael, who is well and truly pissed off, has an axe to grind with the folk of Haddonfield, especially Laurie, who has dodged with his blade for way too long.

The third sequel, “Halloween Ends” is expected to release on October 14, 2022.