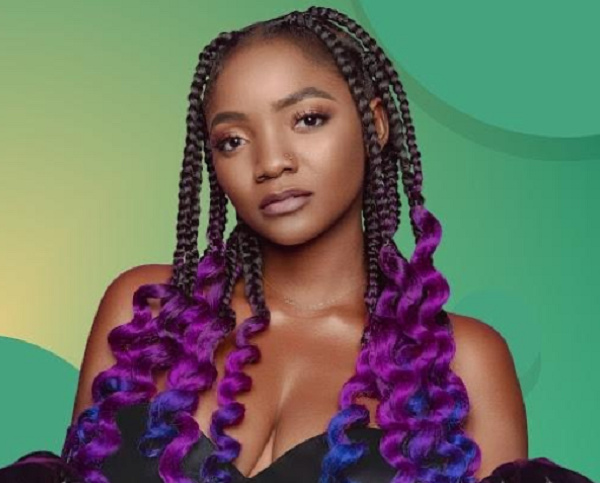 She quickly took to her Instagram page to share a video of her in a FaceTime conversation with her Husband Adekunle Gold, who was in a meeting with the dreamville sensation.

In the virtual link up, the Duduke singer was super excited as the American rapper together with Adekunle Gold waved hi at her.

She mentioned she felt “giddy” during her FaceTime with the Middle Child rapper in her caption on social media as she expressed being a fangirl of the rapper.

“I almost passed out, I’m still giddy. If you know you know. @realcoleworld the only person I’ll probably ever fangirl for. I was coherent for about 12% of the conversation and for that I congratulate myself,” she said.

Simi ended the caption as she proclaimed a deep manifestation of her love to her husband after he made that encounter happen. “And this is how you know AG Baby is my Baby,” she added.