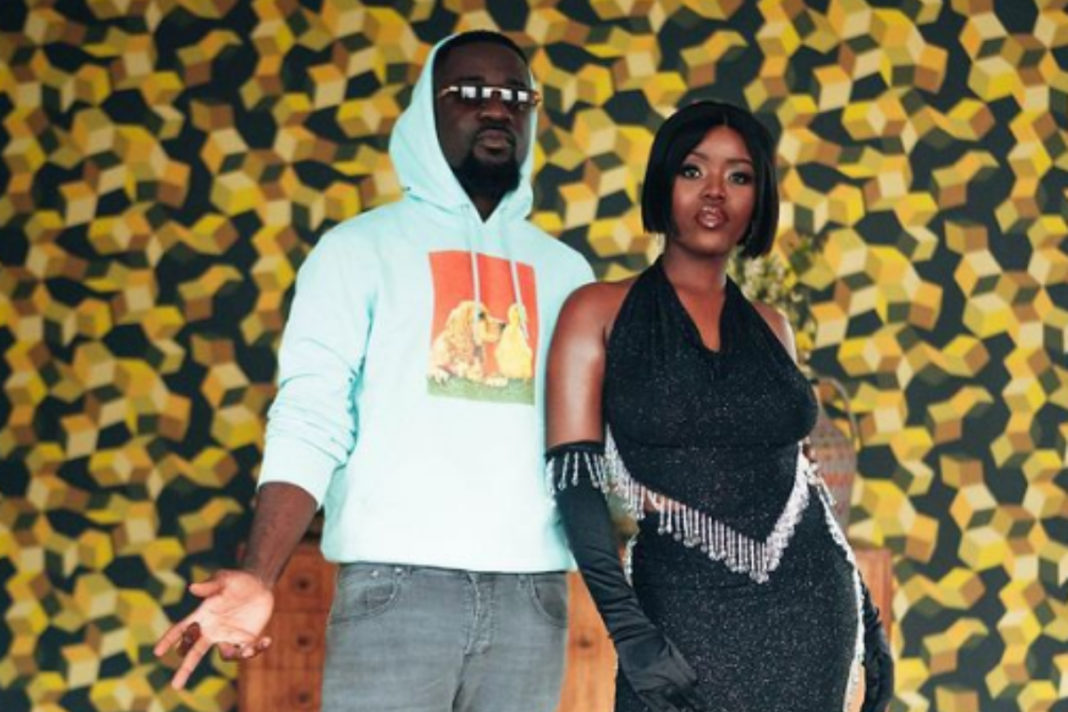 Promising Ghanaian songstress, Jackeline Acheampong, well known in showbiz scenes as Gyakie has been spotted with the award-winning king of rap music in Ghana, Michael Owusu Addo, well known as Sarkodie putting in some more works on a new joint.

For the record, Gyakie after emerging into the music scene unannounced has never disappointed her fans with regards to her craft as her musician. Ever since her most popular song ‘Forever’ broke global boundaries, Gyakie has never ceased dropping more projects to elevate her music brand and also promote the Ghanaian elements through her songs.

Also, the all-time best rapper in Ghana, Sarkodie needs no introduction to prove he is the best in the game. His works, songs, influence, and achievements make him one of the best entertainers Africa has ever produced.

In some photos making rounds on social media, the two Ghanaian superstars were spotted working on a new project. The two are about to bless our speakers with good tunes with their tremendous talents.

Check out the photos below:

In other news, Ghanaian actress, Vicky Zugah has stated that the current predicaments that befell Shatta Wale and Medikal which got them remanded into police custody for some days will have both negative and positive effects on their music careers.

Shatta Wale was arrested for framing a shooting incident at East Legon. This comes after he was prophesied to be shot on 18th October 2021 by some unknown assailants. He was remanded into police custody for one week by the Accra Circuit court but he has been granted bail of GHc100,000.

Medikal whose incident was very unfortunate was spotted on social media brandishing a pistol. He was apprehended and remanded into police custody for five days. He was also granted bail of GHc100,000 with one surety.