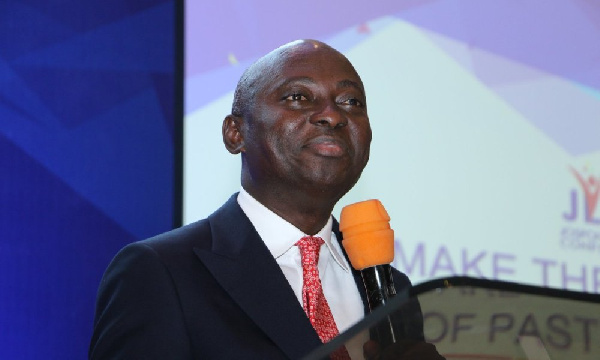 • Ghana has been saddled with huge energy sector debts

• The AMERI Energy deal was renegotiated by the Akufo-Addo administration

His call comes on the back of a research paper conducted by Energy Economist, Dr Ismheal Ackah and Energy Analyst, Crispin Bobio indicating Ghana has signed 32 PPAs between 2011 and 2016.

Speaking at a forum organised by the Institute of Economic Affairs-Ghana (IEA) on Wednesday, October 27, 2021, Atta Akyea explained the absence of competitive bidding can shortchange the country during Power Purchase Agreements which can saddle it with debts.

“It is imperative that, should there be an emergency situation, once there’s competitive bidding, you would have an array of service delivery personnel that help to ascertain the best value for money deal…So I don’t support any arrangement within which a company coming to deliver such an important service for power delivery may have serious implications to the economy and country”

To further ensure Power Purchase Agreements were apt and entailed value money concessions, the Energy and Mines Chairman called for the standardization of a legal regime before contracts are signed.

“When you leave individuals to do the contracting of Power Purchase Agreements, they can place in terms that will be schemed in favour of the contractor in the deal but if we had a legal regime that disallows persons to broker side deals, it will be very beneficial as the legal regime will be geared towards statutory purposes.”

Meanwhile, the erstwhile John Mahama administration in 2015 signed a contract with AMERI Energy to rent 300 megawatts of emergency power generators at the peak of the country’s power crisis also known as the ‘Dumsor era’.

The cost of the agreement with the UAE-based energy firm at the time was around US$510 million.

But shortly after the governing Akufo-Addo administration took office in 2017, it revealed Ghana had been short-changed by AMERI Energy as they presented an overpriced budget and were subsequently overpaid by US$150 million.

This then forced the Akufo-Addo government to begin a renegotiation process of the Power Purchase Agreement with AMERI Energy. The renegotiation saw the amount from the deal reduced by 13 percent in order to ensure value for money.