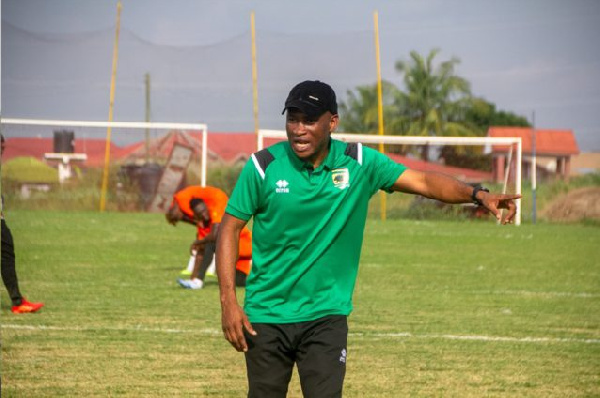 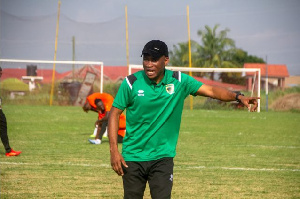 Some former players of Asante Kotoko paid a visit to the team’s training ground at Adako Jachie to interact with the new head coach Dr. Prosper Nettey Ogum.

In a first-time meeting with the players, coach Malik Jabir, George Kennedy, and Daniel Amo praised the gaffer for the recognition given them since he was appointed into office, as they pledged their goodwill to help him succeed at the club.

Former Asante Kotoko coach Malik Jabir described their motive as a gesture of goodwill and support.

“Asante Kotoko has a new coach and before he started work officially, he gave us due respect by calling some of us to inform us about his new job. We are very grateful to him for that recognition and we are promising him our support for whatever he is doing at Kotoko,” he said.

“We are here to welcome them and wish them well. As old players, we promise to help him with everything he needs to succeed because of the respect he has given us,” he added.

Coach Jabir also suggested: “We discussed a lot of things with them but most importantly we pleaded on them to ensure the team plays good football and score a lot of goals as well.

“We hope they will take it in good fate. That is not to say we are here to dictate for them but it is just a reminder. We have also asked them to instil total discipline in the players.”

The trio, together with the rest of the ex-players will be holding subsequent meetings with the coach this week.

Coach Prosper Nettey’s first assignment will be on the road to Dreams FC on Saturday 30, at the Accra Sports Stadium.

The former Asante Kotoko coach will lead the Porcupine Warriors in the 2021-22 Ghana Premier League season.