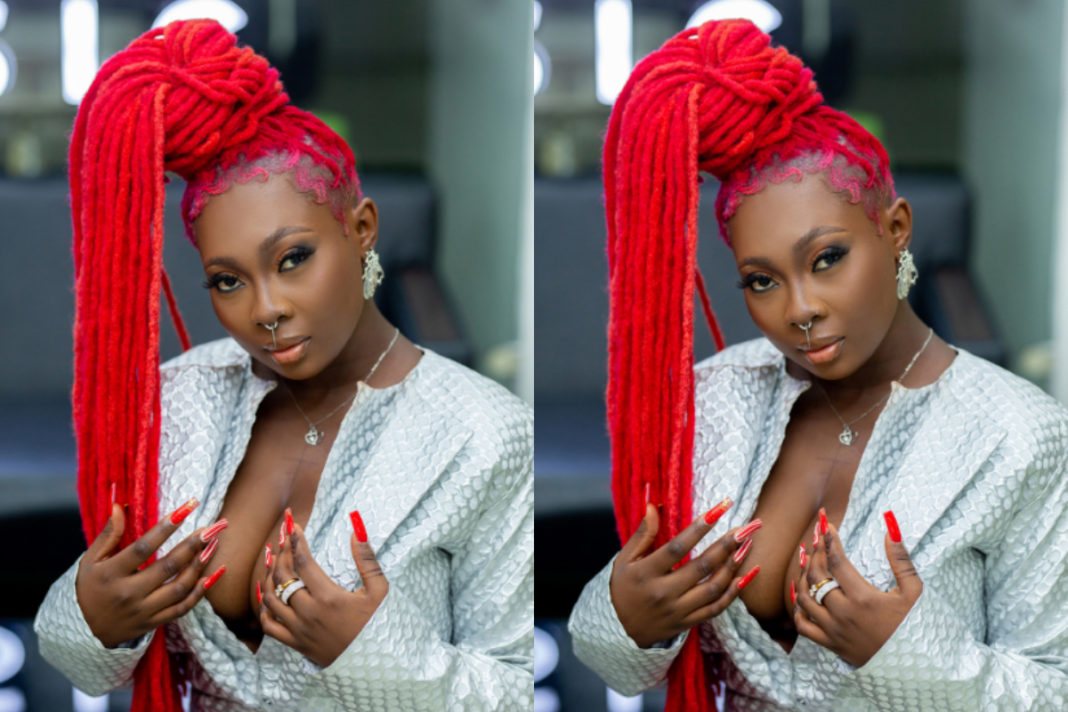 READ ALSO: “This Will Affect Their Careers To An Extent”-Vicky Zugah Reacts To Shatta Wale And Medikal’s Brouhaha [Video]

In Ghana, dancehall happens to be a male-dominated area until the emergence of a few female singers like AK Songstress, Mzvee, Akiyana among others. Well, it is almost difficult for a female to rise to prominence in this category but a few like Mzvee and Akiyana have managed to maintain their positions as the top dancehall female artists in the Ghana music industry.

During an interview on Okay FM with Abeiku Santana on Ekwansodwodwo, Akiyana snubbed her colleagues, saying that she has no knowledge of any other female dancehall artist apart from herself.

In other news, well-known Ghanaian Journalist and Film Critic, Chris-Vincent Agyapong says it was unjust for Shatta Wale and Medikal to have been remanded into police custody for some days and granted bail after a few days just for minor legal infractions.

Shatta Wale and Medikal were both arrested during the past week for different offenses. Medikal was nabbed after he was spotted in a viral video flaunting a weapon(pistol) he acquired. He was arraigned before the court and remanded into police custody for five days.

On the other hand, Shatta Wale was accused of causing fear and panic following a publicity stunt he pulled about a shooting incident at East Legon in relation to a doom prophecy made by a man of God. The two stars appeared before the court yesterday along with three others who were arrested in relation to Shatta’s case. They were all granted bail of GHc100,000 each.