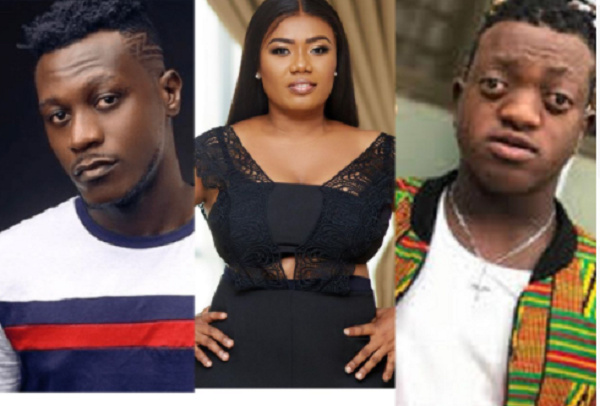 Keche Joshua, Bridget Otoo, Sunsum and others are calling for the release of Shatta and Medikal

• Shatta Wale and Medikal have been remanded

Some Ghanaian celebrities have called for the release of Shatta Wale and Medikal who have both been remanded in police custody for almost about a week.

It can be recalled that in the case of Shatta Wale, he was remanded by the Accra Circuit Court after he pleaded ‘not guilty’ to a charge of the publication of false news.

This was after he allegedly fabricated a story that he had been shot and receiving treatment, which turned out to be a hoax.

Medikal on the other hand was charged with the unlawful display of arms and ammunition in public and remanded after he pleaded not guilty in court.

This was after the ‘Omo Ada’ hitmaker was arrested for brandishing a gun on social media.

But after analyzing all these, some celebrities have pleaded with the police authorities particularly the IGP to release their colleagues.

To them, the gravity of the offence committed by the two does not necessitate a remand.

While some have knelt on live television to plead with the authorities, others have questioned them on why they chose to punish these ‘harmless’ celebrities while corrupt politicians have been let lose.

The likes of Keche Joshua, Sunsum Ahuofe, Kwaw Kese, Bridget Otoo and many others have called for the release of Shatta Wale and Medikal.

Read the posts below

Shatta Wale is in Ankaful prison for his stunt.

NAM1 is chilling in his east legon mansion for scamming people. NAM1’s scheme has killed people, rendered others jobless and others still have their funds locked up!. #FreeShattaWale

Sunsum Aho)Fe plead Ghana’s IGP to release Shatta Wale, watch how he went about it, so emotional pic.twitter.com/5cLAezRByY

I hope this don’t go too far like they did to me, I pray they release him soon ???????? #FreeShattaWale