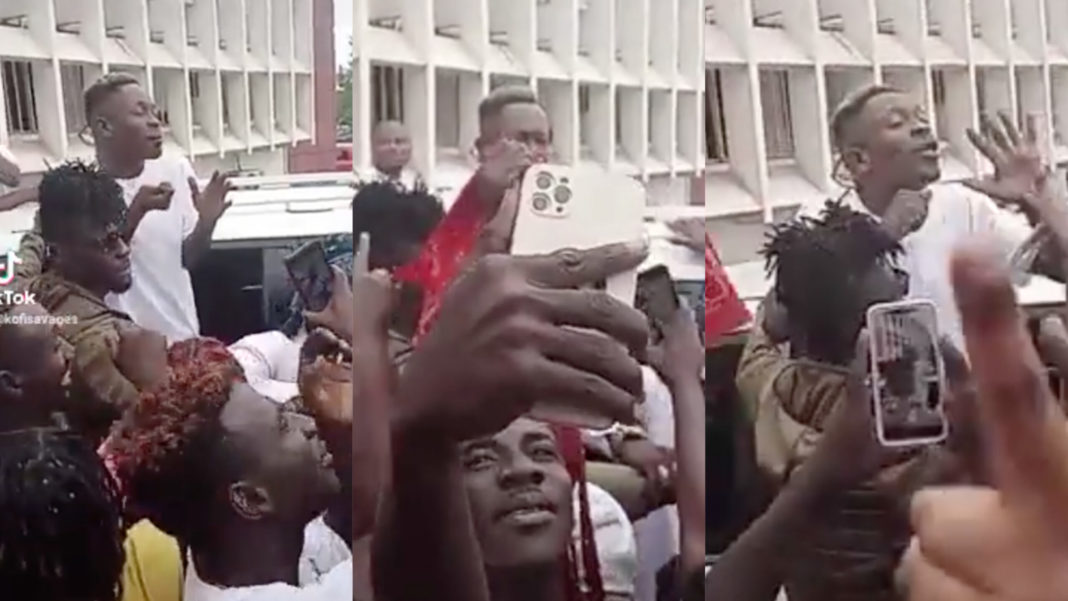 Shatta Wale was mobbed and shown love by his die-hard fans who had been waiting anxiously to see their King set free from the shackles of the law.

An Accra Circuit Court today granted Shatta Wale and his two accomplices Deportee and Gangee a GH¢100,000 with two sureties each.

Following that, his fans trooped out to meet him as they expressed how they felt during his absence and how glad they feel now to have him back.

Shatta Wale responded with smiles all over his face as he got into his car to leave. The fans grew in their numbers as they hailed him, chanted his name and showered him with felicitations.

The expression of joy told a lot about the formidable nature of the Shatta Movement. Fans also called for a law to be made dubbed “Shatta Law” to forbid pastors, prophets etc from giving out doom prophecies publicly about celebrities, public figures and famous people.

Shatta Wale together with his two accomplices is expected to reappear before the court on November 9.