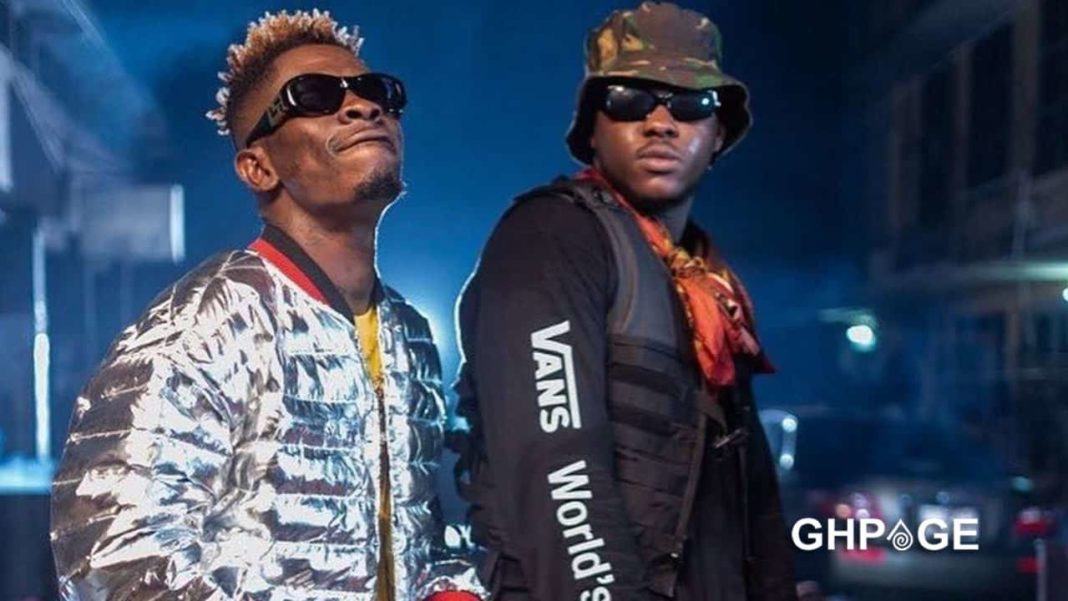 The friendship between Dancehall artiste Shatta Wale and rapper Medikal has solidified, more than before, following their remand into prison custody for various infractions.

Shatta Wale was arrested on Wednesday, October 20, for feining a gunshot attack on himself. When he appeared before a court he pleaded not guilty to the charge of publishing false news and causing fear and panic.

His accomplices, Nana Dope, Deportee, and Gangee were also accused of abetment of crime. All the accused persons were subsequently remanded into prison custody for one week

Medikal on the other hand who went to the Police Station and the court to lend his support to his embattled colleagues ended up being arrested for brandishing a gun in a video on social media.

He was also remanded into prison custody for 5 days after pleading not guilty to the charge of unlawful display of arms and ammunition.

SEE ALSO: We are back for life -Shatta Wale & Medikal speak after being granted bail

The accused were transferred to the Ankaful Maximum Security Prison to begin their remand.

During their second appearance in court on Tuesday, October 26, 2021, they were granted self-recognisance bail to the tune of GHS100,000.

The two have since been spending time together and celebrating their freedom from the confines of prison.

SEE ALSO: Medikal, Shatta Wale & 2 others cleanse themselves at the seaside after bail (VIDEO)

In a recent post by the two artists, they sought to tell the world that their bond had deepened following their predicaments as they both shared photos of them on their respective Instagram Page with an intriguing caption.

They used words like “Deeper Than Blood” with the hashtag #DBT to send a subtle message to the world about their friendship.