Sad news for Medikal as his predicament forces MTN to postpone Suncity Fest’21, replaces him with Kuame Eugene » ™ 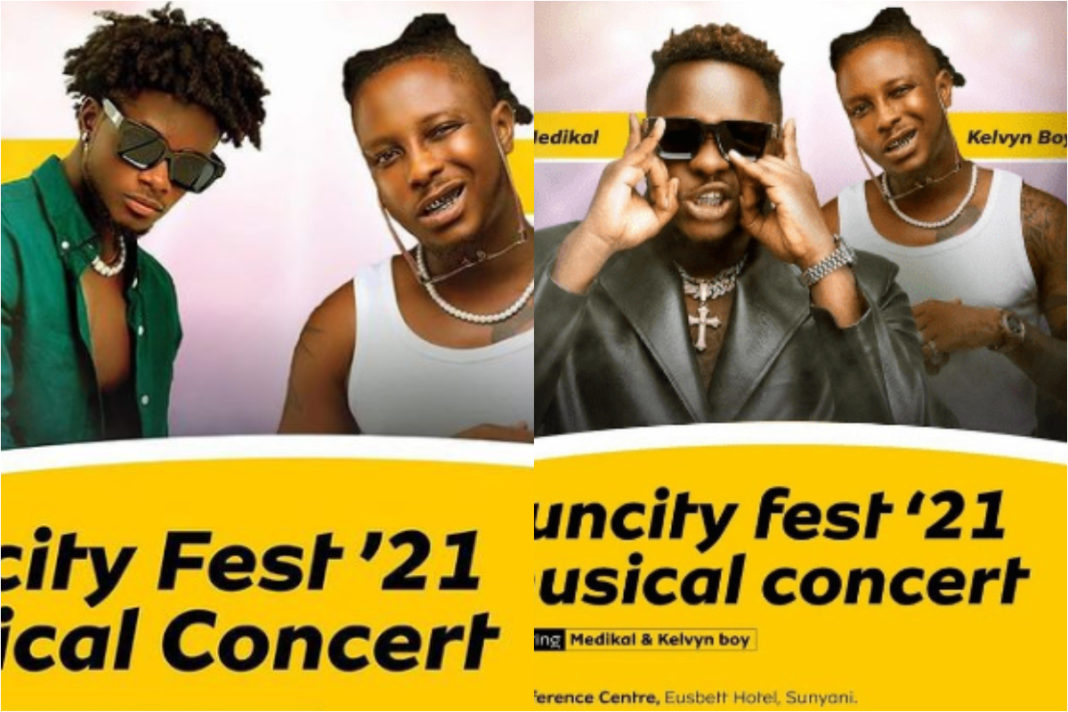 The rapper would have performed at the event on Saturday, October 23 at Sunyani in the Bono Region alongside Kelvyn Boy.

Moments after this new development, Kelvyn Boy took to his social media pages to announce that the event has been rescheduled adding that a new date will be communicated later.

“Sorry Sunyani !! We Will Have To Reschedule This One. A New Date Will Be Communicated Soon!! (sic),” he wrote.

Medikal was remanded in prison custody for five days by an Accra Circuit court on Friday, October 22 following his arrest the previous day. He was charged with unlawful display of arms and ammunition to which he pleaded not guilty.

He was granted bail on Tuesday, October 26.

Meanwhile, the show has been postponed to October and Kuame Eugene has taken the place of the AMG Business proponent. See the new flyer announcing the event. 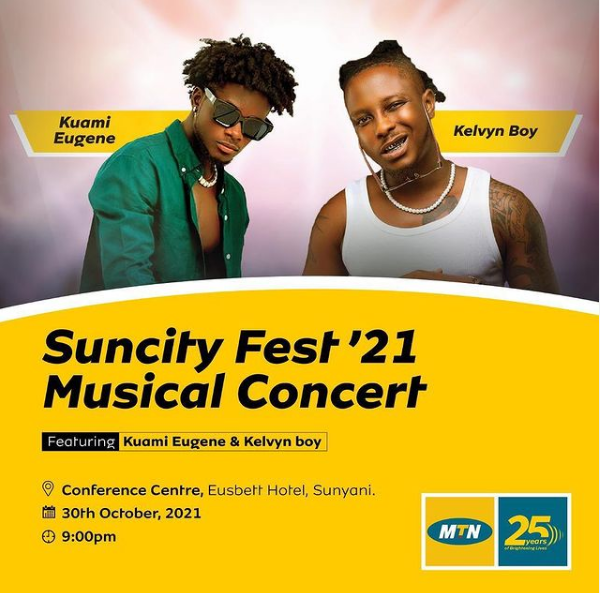