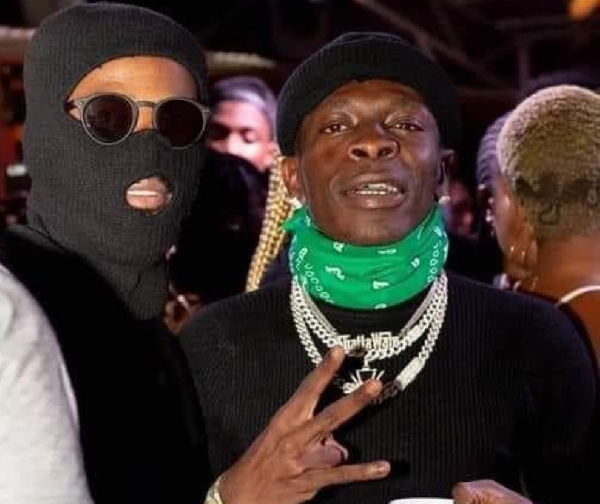 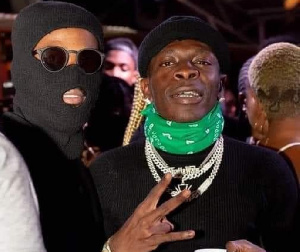 play videoShatta Wale has been sent to the Ankaful prison

• Shatta Wale has been taken to the Ankaful prison

• Some prison inmates gathered to give him a rousing welcome

• Shatta Wale has been placed on remand for a week

Hundreds of prison inmates gathered behind the fence to give dancehall artiste Shatta Wale a rousing welcome to the Ankaful prison.

In a viral video available to GhanaWeb, the dancehall artiste was seen among some prison wardens escorting him to his cell.

Shatta Wale was sent to the Ankaful prison over the weekend after he was placed on remand for a week by the Accra Circuit court.

The artiste was kept in the cells after it emerged that he faked a gunshot attack last week Monday.

The inmates who were waiting for the arrival of the Dancehall King to begin his one-week remand made a loud noise immediately the dancehall artiste entered the prison yard.

The inmates kept shouting Shatta’s name whiles he was being accompanied to his cell.

Shatta was seen in a blue prison uniform when he arrived at the prison.