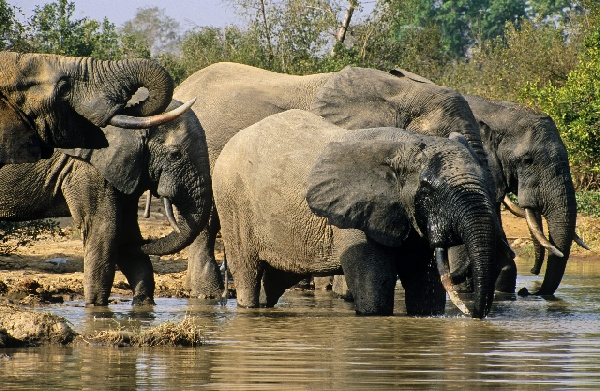 File photo of some elephants

Elephants have invaded the farms of residents in Nangodi, in the Nabdam District of the Upper East Region.

According to the farmers, this is the second time, elephants have invaded their farms to destroy their crops during the rainy season.

The invasion according to the farmers has negatively affected them greatly.

Speaking to GhanaWeb’s Upper East Regional correspondent, Sarah Dubure, a farmer, named Dominic lamented that the situation has forced some farmers to sleep on their farms to ward them off.

“In fact, we can’t sleep because of these animals. You either have to sleep on your farm or get someone to stay on your farm till daybreak and you will pay the person if you are busy,” he said.

Another worried farmer, Edward Beyene stated that the elephants invaded his farm three days ago, and completely feasted on his fresh maize and beans.

“Three days ago, they(elephants) were on my farm. They cleared my maize and beans. For the maize, they don’t like the dry ones, they like the fresh ones. They cleared everything, nothing was left.

He told GhanaWeb that in a bid to bring the situation under control, some of the residents go to their farms and strike their gallons with objects throughout the night, to produce sounds like drums, as an indication that there are human beings around, to ward off the animals.

He added that the community also came up with an idea that everyone should buy some ropes, tire them on long sticks and mount them on their farms.

“As at now, they asked us to buy some ropes and tire them around our farms and use some rubbers on them so that when the wind blows, the rubbers will be flying like a bird. When they see that, they will think that people are there doing that,” he explained. 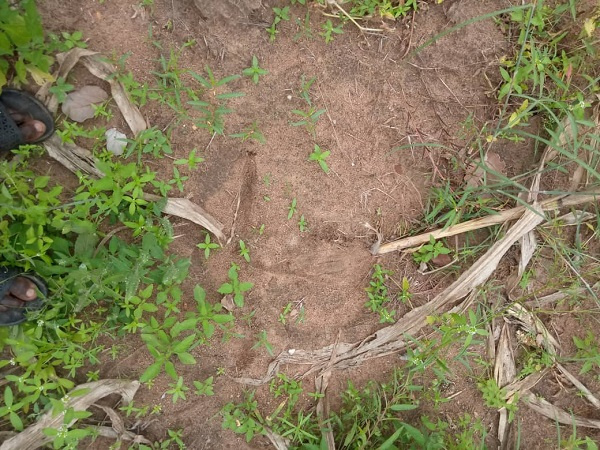 Mr. Beyene expressed the fear that most of the residents will have a serious challenge in feeding their families.

Mr. Yenimbey Nyrebire, who is married with two kids, lost his father, and now takes care of his mother and stepmother, also lost his entire farm of maize to the elephants.